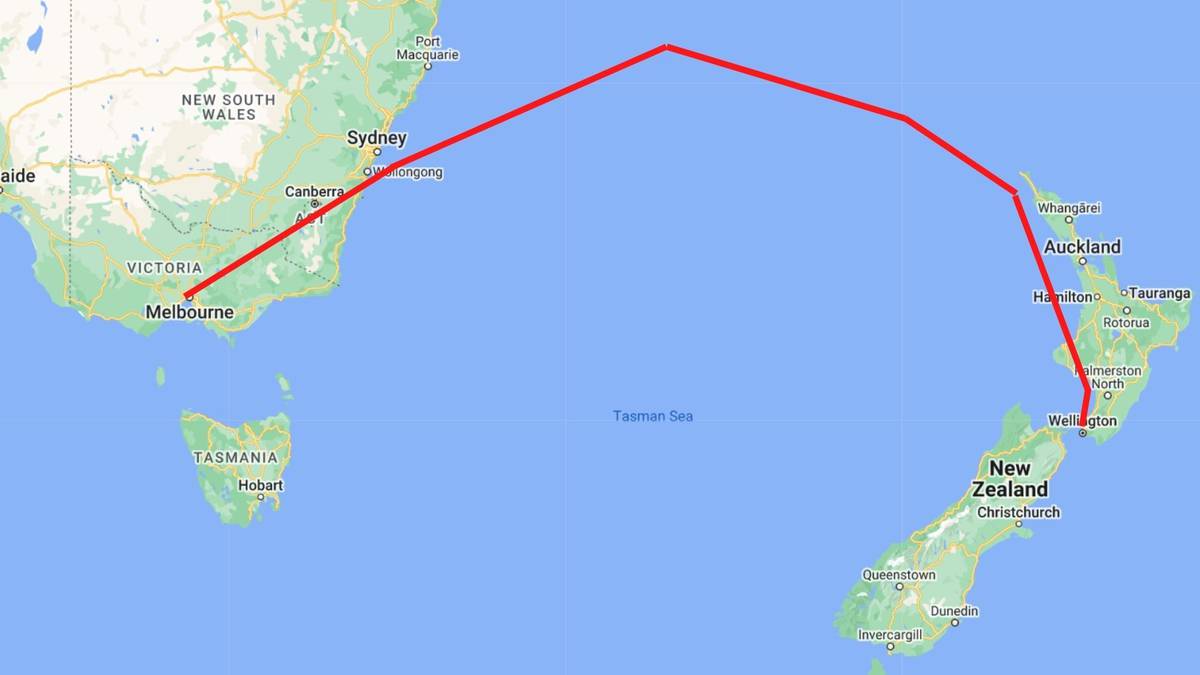 On a good day, a flight from Wellington to Melbourne takes three and a half hours. Unfortunately for passengers aboard QF172 on Tuesday, it was closer to five hours thanks to a 870-kilometre detour.

The 737 Quantas aircraft performed a large arc detour up towards Norfolk Island after a mechanical fault was found by engineers and a decision was made to fly closer to diversion airports, which can be used in emergencies.

Despite the fault, which was related to the ‘engine driven pump filler’, the aircraft had been cleared for departure. It’s revised route, which took it closer to Norfolk Island, then Port Macquarie Airport an additional safety measure.

After flying an additional 870km according to Flightaware.com, the plane touched down in Melbourne. The total journey took four hours and 50 minutes.

Given the amount of regulations around aviation, it’s no surprise that this issue did not present a safety risk to passengers. However, it did mean the plane was required to fly closer to airports where it could land, just in case.

Just two days later, the aircraft is back in regular service.

Around the world regulators have set up restrictions on how far certain aircrafts can fly from the nearest airport. As technology has improved, these distances have increased.

Today, twin engine planes can fly up to five and a half hours away from the nearest airport, making direct flight routes from New Zealand to destinations like Los Angeles, possible.

However, if an aircraft presents a fault before flying, as was the case with QF172, these distances are reduced for additional safety.