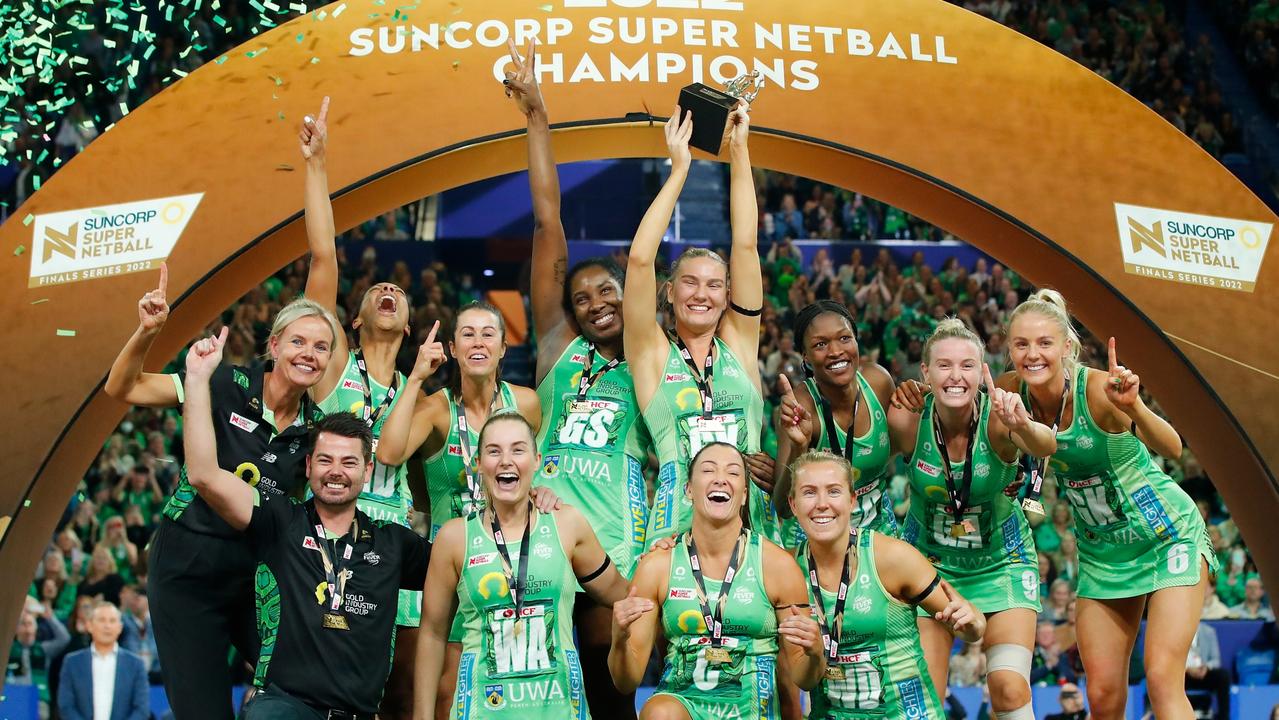 A new era for netball in Australia has dawned after a brilliant Super Netball season came to a close in a stellar Grand Final in Perth.

In front of a record sellout crowd of 13,908 at Perth’s RAC Arena, the West Coast Fever crushed minor premiers Melbourne Vixens 70-59 – and fans tuned in across the country in huge numbers.

An average audience of 170,000 watched the Grand Final on Foxtel and streaming platforms as the Fever finally ended a 25-year-wait for a maiden national league title.

The match was available on Kayo Freebies, with 67 per cent of the total audience tuning in via streaming.

It was, Foxtel CEO Patrick Delaney declared, a ‘perfect end’ to the first season of a broadcast agreement with Netball Australia.

Delany said, “The electric atmosphere of the Grand Final on Sunday was the perfect end to our first season with Netball Australia.

“Foxtel Group stands behind Netball Australia in growing Netball as a sport. Together through new landmark shows, innovation in broadcasting, and our world-class talent we have been focused on rebuilding reach and engagement with fans of the sport.

“To help grow audiences right around Australia, we have brought Netball to the masses via Kayo Freebies every Sunday, and netball has benefited from the growth of Kayo over the past 6 months – in particular throughout finals – which is a strong indicator for the future.”

“The 2022 Suncorp Super Netball season, in particular Sunday’s Grand Final, is going to be talked about for years to come,” said Ryan.

The Rise of Ryan: How Dan became Fever’s man after $80k sacrifice

“Netball is a tier one sport in Australia and through our partnership with the Foxtel Group, we have further engaged our existing fan base and reached new audiences in 2022.

“To have had a record number of people at Perth’s RAC Arena on Grand Final day, as well as the largest broadcast audience all season, is a testament to netball fans across the country.

“It is great to see netball rebounding at elite and community levels after the impacts of the global pandemic, which shows the real strength of our sport.

“We are excited by the future of our partnership with the Foxtel Group, from grassroots and community participation, right through the world’s best netball competition – the Suncorp Super Netball – and the Origin Australian Diamonds.”

There’s plenty more to come in 2022, with Fox Sports having live and exclusive coverage of Australian Diamonds international fixtures against the New Zealand Silver Ferns and England Roses this October and November.

The Diamonds travel to New Zealand for the first two matches of the Constellation Cup, before hosting the Silver Ferns on home soil on 19 October and 23 October.

The Aussies then face the Roses in a three-match series on 26 October, 30 October and 3 November.

Each of those Tests will be live and exclusive on Fox Sports, available on Foxtel and Kayo Freebies.