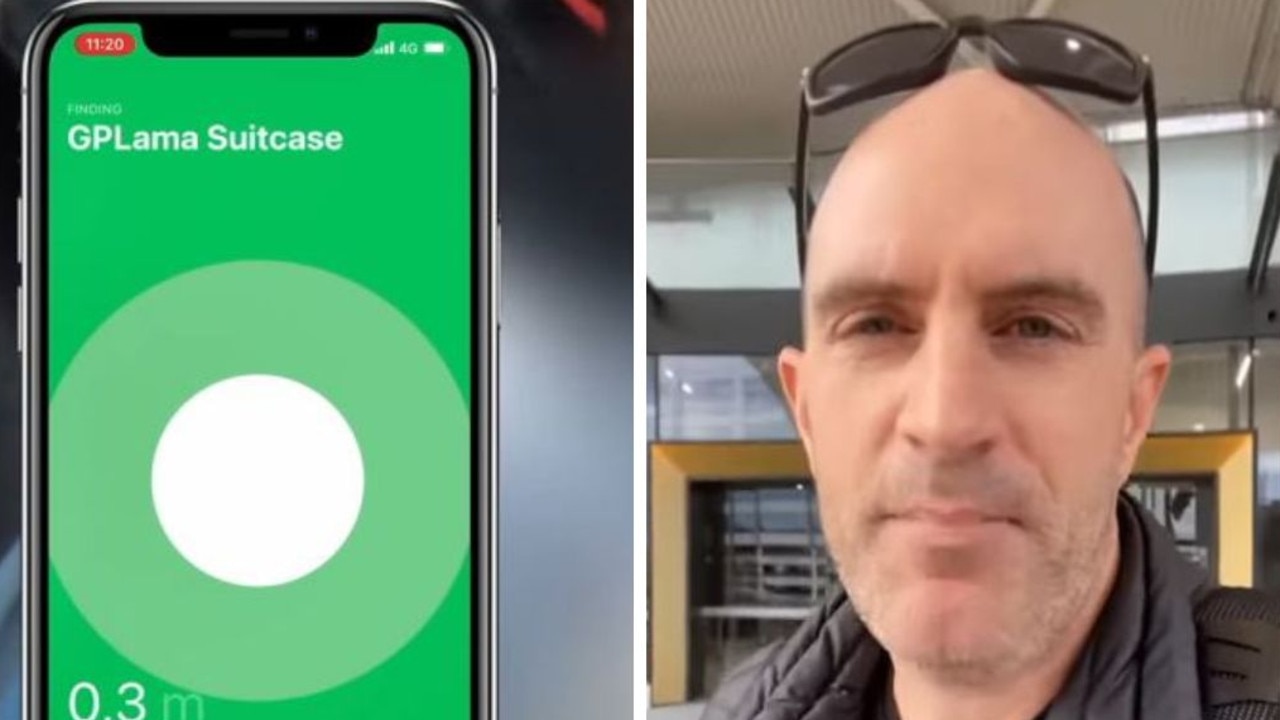 An Aussie man whose luggage was missing for two weeks has revealed the insane way he found his bag, which was inside an airport office.

An Aussie man who managed to locate his missing luggage on his own with a “simple” device, is yet to receive a response from the airline and its baggage partner.

Shane Miller, a technology expert and cycling enthusiast from Ballarat, returned home from a week-long holiday in Europe in mid-June.

However, while he made it back, his checked-in luggage didn’t.

He filed a lost luggage form with Singapore Airlines and their baggage carrier Swissport, hoping to retrieve the bag which contained about $6500 worth of cycling gear and presents and other personal belongings, but claimed he did not receive any updates – describing the experience as a “sh*t show”.

He also tried calling customer service up to 16 times and left multiple voice messages, but to no avail.

He also said website to check the status of his lost bag hadn’t been updated for a week.

Instead, Shane came up with a nifty solution to finding the lost luggage himself.

But even though he now has his lost bag, he told news.com.au he still hasn’t received any correspondence from Singapore Airlines or Swissport.

“Unfortunately I haven’t had any contact whatsoever,” Shane said.

After deciding to take matters into his own hands, on June 20, Shane found himself driving the one-and-a-half hours from his home in Ballarat to Melbourne Airport when his Apple AirTag revealed the exact location of his missing bag.

In a YouTube clip, Shane explained he had an Apple AirTag attached to his missing suitcase which was able to track the luggage.

He showed how the $45 AirTag locator on his phone was able to lock on to the GPS signal from his Apple AirTag, which in turn told him the bag was at Melbourne Airport.

Once there, an airport staffer directed him to Swissport’s office.

He then knocked on the door, entered the office and explained to staff his lost bag was somewhere inside.

Shane provided them with all the documentation and explained that the AirTag on his bad had told him his luggage was there. With the help of the technology, he directed staff to his case which was sitting among a bunch of other lost bags.

“I did feel I shouldn’t have been in their office, but I tried every avenue,” Shane said in the clip.

He explained to news.com.au that the iPhones of the staff who worked there – the ones responsible for reuniting him with his lost bag – did the job for them without them even knowing.

“The way AirTags work is anyone with an iPhone will contribute to the ‘find my network’,” he said.

Basically, the small, puck-shaped device uses ultra-wideband technology and takes advantage of Apple’s existing network of devices, which work as crowdsourced beacons to ping each other in order to determine your missing item’s location.

Shane said the Swissport staff were very helpful and “absolutely brilliant” for allowing him into their office.

“[Something] I would expect for in-person interaction,” he added.

He said he had a discussion about their phone number not being of any help and that they acknowledged it – however, he is yet to receive a formal response about the situation.

“I am lucky I got my bag back so easily,” he said.

“Given there were so many other bags there, I just know there’s other people missing their baggage as well who may not have AirTags – who I know are not going to be able to get anywhere on the phone, or emails, so they’re going to be in the dark.”

News.com.au has contacted Singapore Airlines and Swissport for comment.