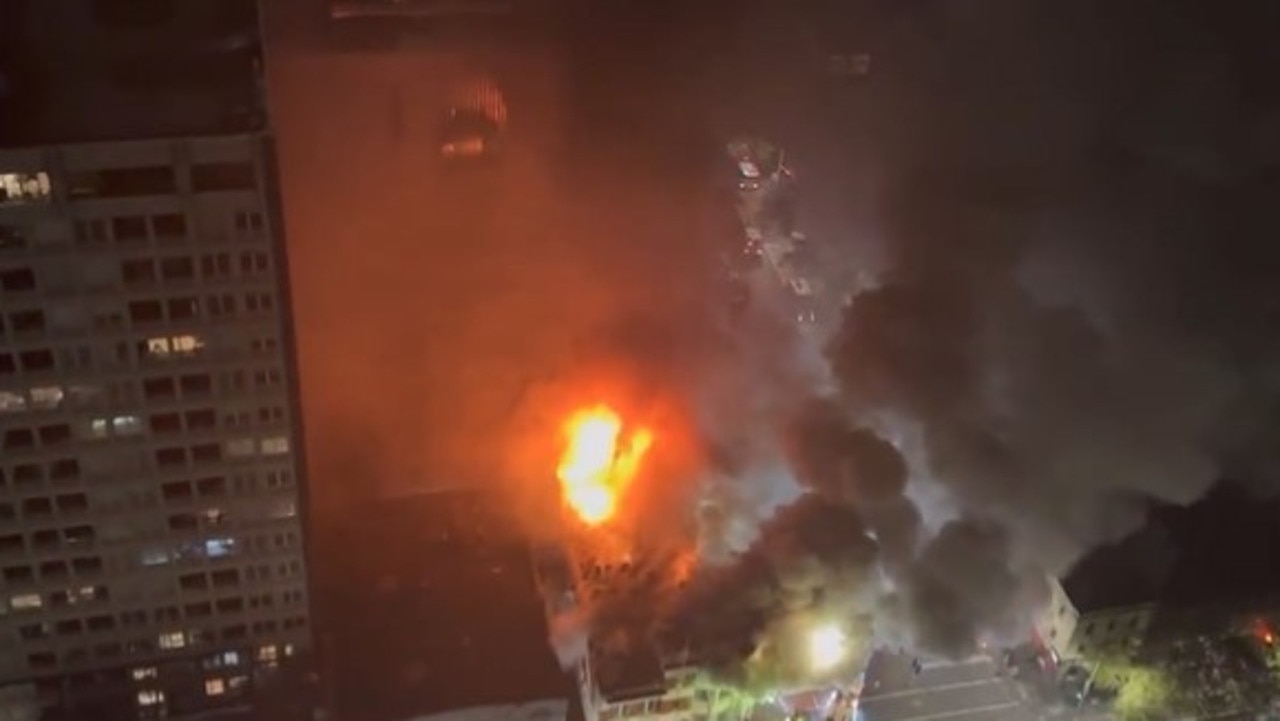 Several people remain unaccounted for after a fire tore through a renowned Melbourne strip club.

There are fears several people may have been killed in a fire that engulfed an abandoned strip club in the heart of Melbourne’s CBD overnight.

Firefighters suspect up to three people who took refuge inside the old Goldfingers club, on the intersection of Lonsdale and King streets, remain unaccounted for.

The three missing individuals, who are registered as squatters with the local council, have not been seen or heard from since the blaze took hold of the three-storey complex shortly after midnight Tuesday.

“But being that it’s a squat, we have no ability to keep a track of who enters and the cold weather can bring people in to try and find shelter.”

Mr Simons said the building was “well frequented” by squatters, but damage to the building has restricted their ability to search for anyone inside.

Crews have still not been able to enter the second level due to safety concerns after major structural damage was caused when a floor collapsed.

Authorities are planning to do a partial demolition on Wednesday to access this part of the building, where they fear they might find the three unaccounted for people.

It took more than 50 firefighters to battle the blaze, which was brought under control within 90 minutes.

The fire was so strong it blew out the property’s windows and damaged two nearby buildings.

It is believed the fire started on the second floor, which was destroyed along with the top level.

A crime scene has been established by police, who are treating the fire as suspicious.

“At this stage we’re currently considering it to be suspicious until we can come up with another cause,” Mr Simons said.

“There’s some circumstances surrounding the fire that crews discovered early that have led us to take the conclusion.

“It’s unusual for a fire to start without any power to the building.”

FVR commander Matthew Blandford told 3AW that it was one of the biggest fires seen in the CBD for “some time”.

Lonsdale St is still closed as crews continue their work, but King St has since reopened.

Drivers have been advised to allow for extra travel time.

The club was forced to close during the Covid outbreak, with videos on social media showing people doing late-night tours of the abandoned property earlier this year.

The heritage-listed building is more than 100 years old and was formerly known as the Kilkenny Inn.

Anyone with information surrounding the fire is urged to contact Crime Stoppers on 1800 333 000.