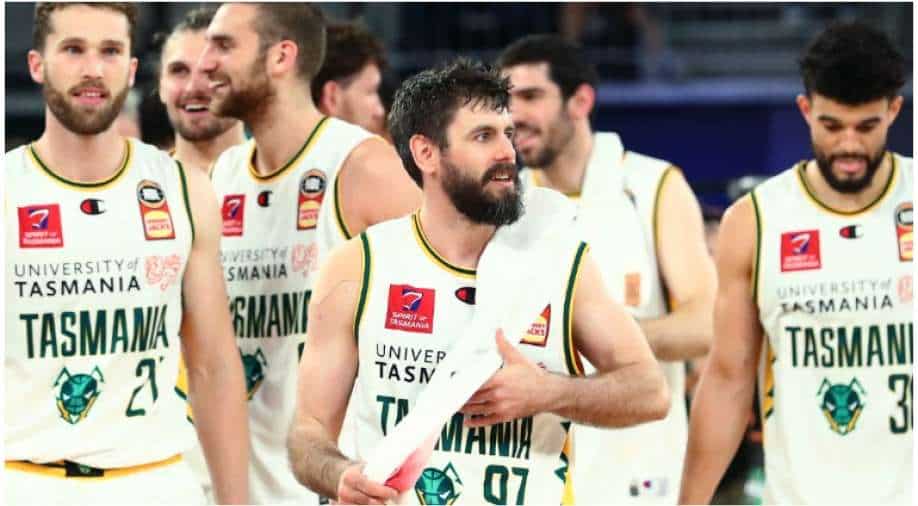 A gamble on building a professional basketball team in Australia`s smallest state has paid off in spades, with the Tasmania JackJumpers moving within reach of a fairytale championship in their debut season. Having entered the National Basketball League (NBL) as favourites to finish last, the JackJumpers knocked out defending champions Melbourne United 76-73 in a Game Three semi-final decider on Monday. “Our guys were gritty, tough, never give up … just an incredible effort for our group,” said ecstatic American coach Scott Roth.

“To defend the island (Tasmania) again and impact a state like these guys have done is just a fantastic thing for our group and the state.” The JackJumpers will travel to the Sydney Super Dome to take on three-times champions Sydney Kings for Game One of a best-of-five Grand Final series. The Tasmanian team are named after a species of venomous ant most frequently found in the island state. The ants are known for their ability to jump long distances and their sting is potentially fatal for allergic humans.

Few, if any, could have imagined the JackJumpers would leap all the way to the Grand Final.

With a modest roster stitched together through the challenges of the COVID-19 pandemic, there were low expectations for a team operating in a state shunned by Australia`s top sporting competitions.

Crippled by homesickness, Roth was within a whisker of booking a flight to Florida before the season started to reunite with his family, who he had not seen in over a year.

“When you`re away from your wife for 14 months and your daughter for 18 months …. it was getting difficult for me, mentally, to see if I’d ever actually get home to see them,” he told reporters. “All I was thinking about was just going to the airport and going home … I was just crashing and burning.”

A rough start to the season tested Roth`s faith further as his team slumped to 2-6 but the JackJumpers rallied to sneak into the semi-finals, drawing raucous crowds to their home Derwent Entertainment Centre.

A pre-game calf injury to Melbourne United captain Chris Goulding hurt the home side in the semi-final decider on Monday, but the JackJumpers` defensive grit and 30 points from American guard Josh Adams ultimately proved the difference.

The Sydney Kings swept their semi-final series against the Illawarra Hawks and are hungry for a fourth title, with COVID-19 having ended their championship hopes two years ago. With foreign players fearing for their families overseas as the pandemic spread, the Kings pulled out midway through the 2019/20 Grand Final series, leaving the NBL to award the championship to the Perth Wildcats.

Having stung Melbourne at their home John Cain Arena, the “angry ants” from Tasmania are unlikely to be overawed by the Kings. “It`s a special group,” Roth said of his team. “It`s been a celebration all year for us and we continue.”