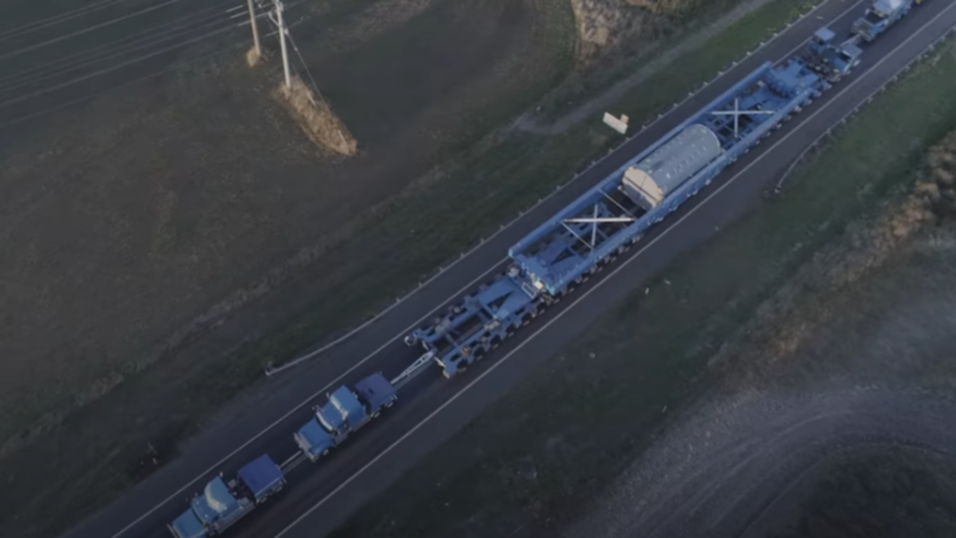 A ‘superload’ is about to start its long, slow journey through Melbourne, with motorists warned they may be impacted by significant traffic delays as it moves.

The name is given to an oversized truck with a permit to carry a mass of 250 tonnes or more, and it takes up to six months of significant planning to prepare for a superload journey.

Watch the video above for another superload in Melbourne in 2019

The superload powers along at an average speed of 40km/h to 60km/h and, due to its sheer size, is very difficult to pass.

This superload travelled from Glen Waverley to the Dundonnell Wind Farm in August 2019. Credit: 7NEWSIt takes up to six months of significant planning to prepare for a superload journey. Credit: VicRoads

Drivers have been urged to avoid the superload where possible and follow the directions of traffic controllers, who will be helping to manoeuvre the load around corners and temporarily removing traffic lights.

Planning includes finding the best routes around bridges and structures, avoiding times when events are taking place, and assembling a traffic management team.

A Superload is an oversized truck that has a permit to carry a mass of 250 tonnes or more. Credit: 7NEWS

The superload’s journey to SA

Roads impacted by the superload on Wednesday

In August 2019, another superload – 372 tonnes and 82m long – travelled between Glen Waverley and the Dundonnell Wind Farm in western Victoria.

Then in June 2020, another superload that was a huge 100m in length and weighed more than 640 tonnes carried an electrical component from Webb Dock in Port Melbourne to the Loy Yang B Power station.

Train derailed after colliding with truck in country Victoria