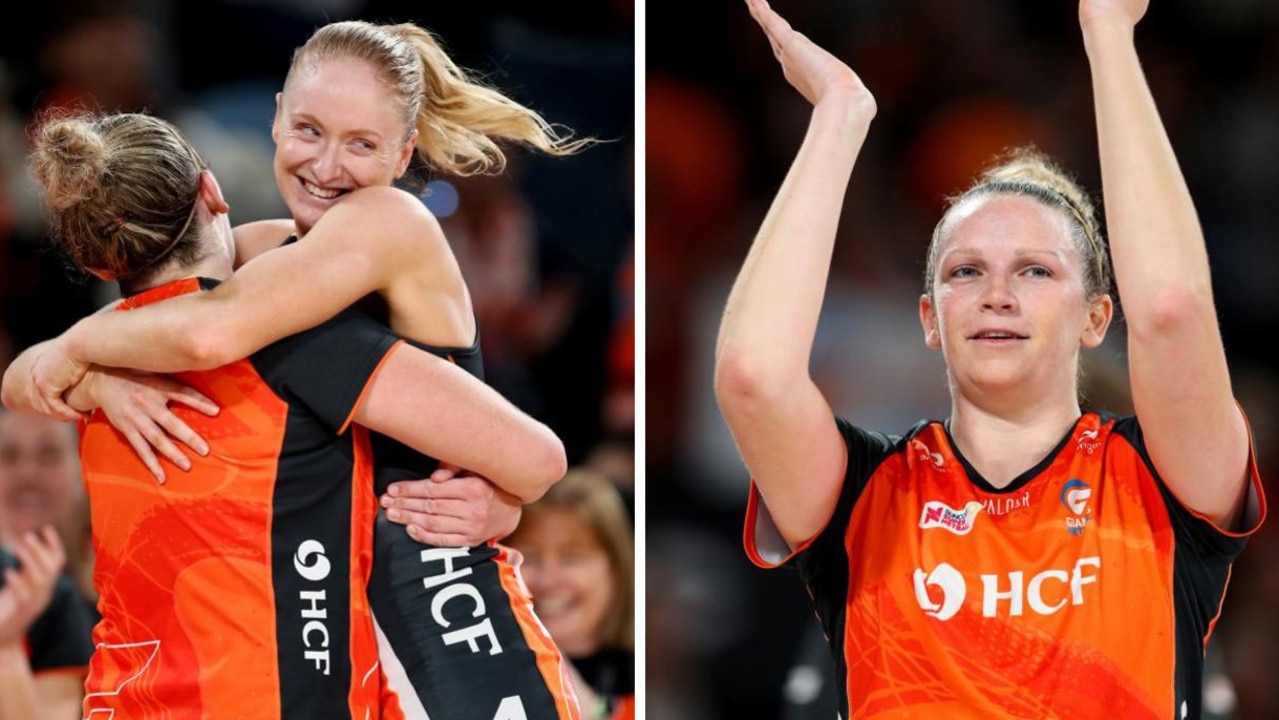 They’re underdogs but the Giants are desperate spring an upset this weekend and in their quest to claim the Super Netball title.

The Giants are confident they can beat two best teams in Super Netball and go all the way to win their maiden premiership.

The team in orange kept their title hopes alive with a solid win over Collingwood in the minor semi-final last weekend, but the challenge facing them only gets tougher from here.

On Saturday night the Giants face minor premiers the Melbourne Vixens in the preliminary final, with the winner to travel to Perth to take on the West Coast Fever in the Grand Final.

Giants midcourter Maddie Hay, who was instrumental in the win over the Magpies, said her team has plenty of belief they can beat the Vixens and go all the way.

“Absolutely,” Hay told news.com.au when asked if the Giants believe they can claim two more victories and win their first premiership.

“Now we’re all lifting at the same time together so it’s really helping each other play really well.

“I think the timing is perfect for that and we’ve got a little bit of momentum coming into the back end of the season, which is really exciting.”

“The confidence is really high and we’ve given that to ourselves by our recent performances and a really strong game against Collingwood.

“We’re really hopeful we can get the job done and make the trip west, that would be really exciting.”

Prior to their loss to Fever last weekend, the Vixens were red-hot premiership favourites and will be expected to win the clash against the Giants.

“We’re a bit of an underdog in this game and we’re just really grateful for the opportunity to have a go at a Grand Final,” Hay said.

“I have every confidence that we can go all the way.

“We thrive as the underdogs. I think last year people underestimated us a little bit and some of our form this year has lent to a bit of underestimation as well.

“We’re looking forward to the challenge. We haven’t beaten Vixens so obviously that’s a big thing for us and I think the timing couldn’t be better to get it done.”

The Giants lost to the Vixens in their two meetings in the regular season but they will fancy their chances after star Vixens shooter Kiera Austin was been ruled out of the game through Covid protocols.

“I think we were prepared for any sort of combination they were going to throw at us anyway. Rahni is a really strong goal attack herself, as is Ruby, and we knew there’s a chance for rotations during the game so still would have prepared as normal anyway,” Hay said.

“It’s devastating for them they’ve lost Kiera this close to the final, just sad I think.

“They have a really experienced and exciting midcourt. For me personally, I’ll be playing potentially against Kate Eddie Kate Moloney and their very tall defensive end.

“That’s the first thing and their midcourt are quite dominant so that’s something we’ll be looking to shut down and get on top of.”