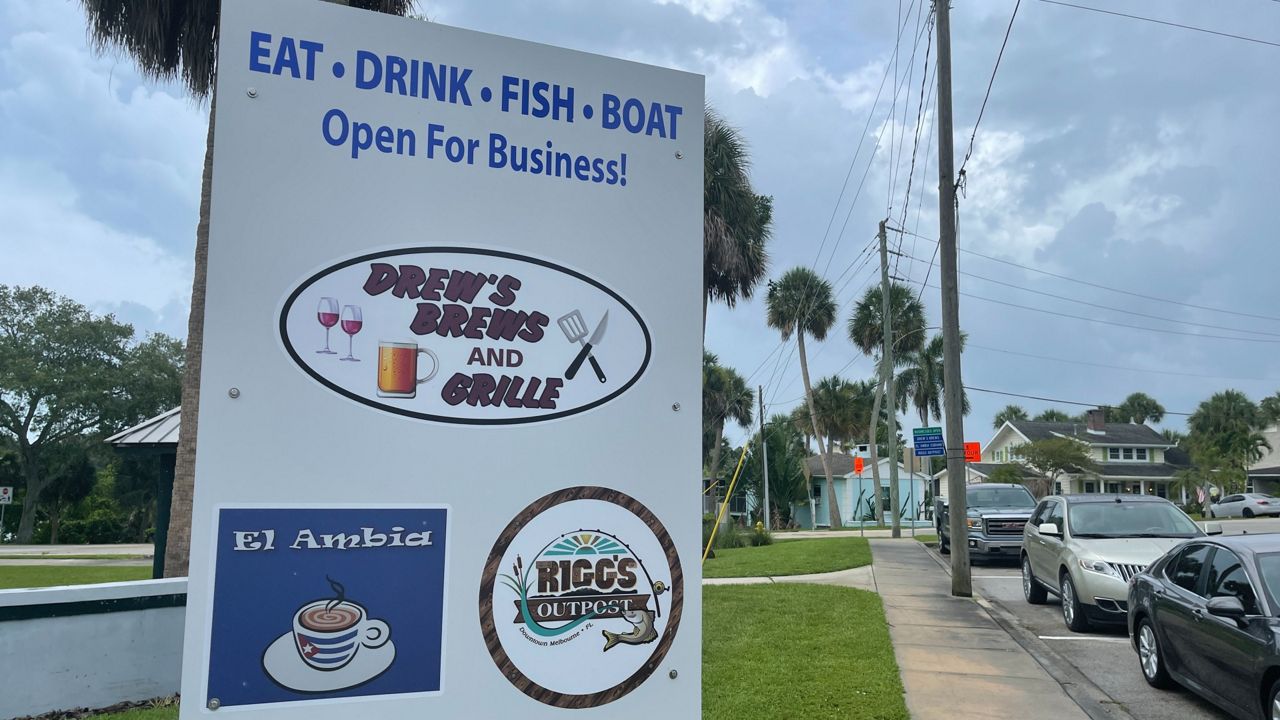 MELBOURNE, Fla. — Melbourne Avenue has reopened about a year after it was shut down so Brightline crews could install new high-speed rail tracks, and that is a welcome change for business owners in downtown Melbourne.

What You Need To Know

One local shop owner said sales are down 75% over the past year because of the closure.

Each of the businesses has scraped by waiting for this day to come, but owners say business is not back to normal yet.

During lunchtime Friday at Drew’s Brews and Grille in downtown Melbourne, the restaurant was not busy, much the same as it’s been for months.

Behind the scenes, owner Dot Lamont, who bought the restaurant in January, is tending to the finances.

Lamont said she knew taking over the restaurant would be a challenge because the street leading people to her business was halfway through a yearlong closure.

In normal times, officials say about 5,500 vehicles travel on the roadway daily.

“I can honestly say I really believe a lot of people don’t know we are back here,” Lamont said. “And talking with some of the other local businesses, I know it’s impacted them as well.”

During the past year, detour signs pointed drivers to avoid the roadway where the businesses are located.

But others signaled to them that the businesses nestled in the area overlooking Crane Creek were open.

Lamont said the few customers the restaurant had over the past several months haven’t had the dining experience she’s wanted.

“Anytime we’ve had folks sitting outside on our patio, the noise factor has really made an impact,” she said. “I think it’s going to be a positive challenge. We are looking forward to everyone coming here — and giving ourselves a great name.”

​​Now that Melbourne Avenue is back open, it will once again serve as an alternative route for many drivers to get from Babcock Street to the Melbourne Causeway without going through downtown.