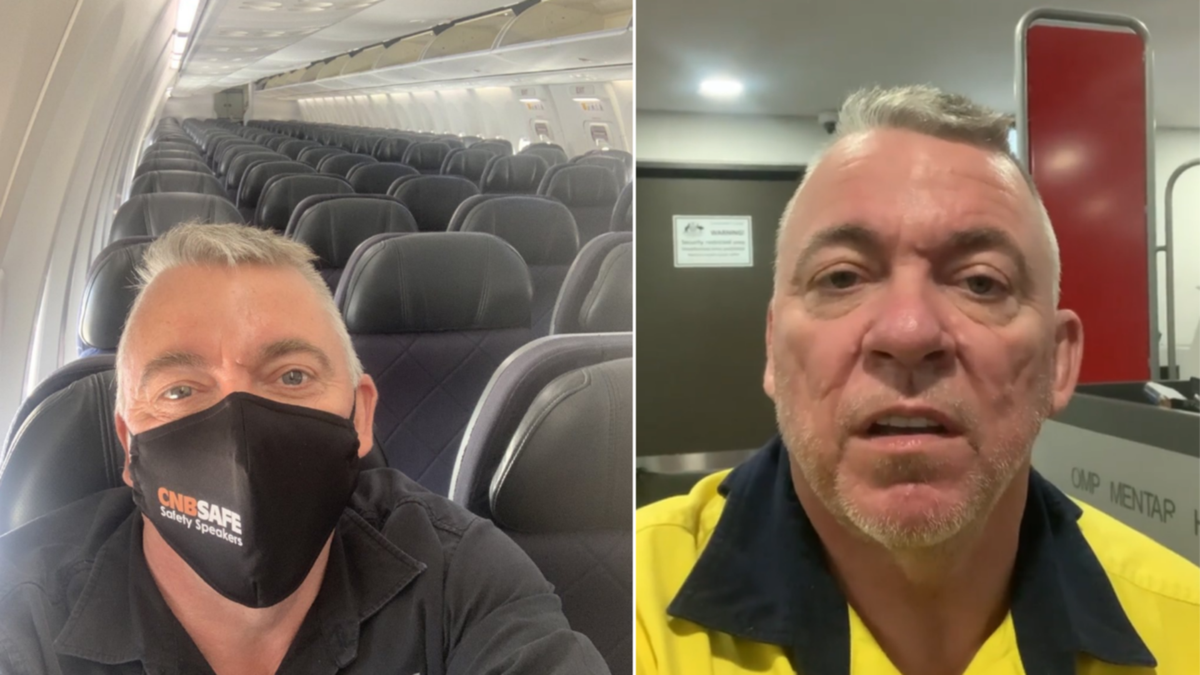 A Melbourne wheelchair user was left immobilised at an airport gate last Friday evening, after he was told by Qantas staff that they could not find someone to get his wheelchair off the plane.

Staff shortages have recently caused a mass of flights to be cancelled, but as the rest of the passengers filtered out of the airport it became clear that shortages can also have disastrous consequences for disabled passengers.

James Wood is a frequent flyer, he travels Australia speaking about the workplace accident that broke his spine – but on a recent trip home he was reminded of just how much his life has changed by being in a wheelchair.

Last off the plane, he was left stranded at the gate after disembarking from a Qantas flight in Melbourne, with his wheelchair nowhere in sight.

He was told by the understaffed airline that they could not find someone to get his chair from the plane, and he was forced to wait at least an hour before being assisted.

“Qantas, I just want to let you know I’ve been sitting in an aisle chair for the last 15 to 20 minutes,” he said in a video posted straight to Instagram from the gate.

“My plane landed, I was last off the plane, it’s a Friday night, I wanna get home.

“Apparently you can’t get someone to get my wheelchair off the plane.

“My wheelchair is my legs.

“I travel by myself, independently, and they’re telling me that there’s no one available to get my wheelchair off the plane.”

James Wood filmed a video from the Qantas gate where he was left waiting, posting his message to Qantas on social media. Credit: Instagram

Personal mobility aids are surrendered to the airlines prior to boarding, and passengers use specialised aircraft aisle chairs.

”Have a look at this,” Wood said capturing the large Qantas aisle chair in his video.

“I can’t push this chair by myself and I don’t travel with anyone, so I don’t have anyone to push me around.

“I’m just stuck at the gate, waiting for someone to get my wheelchair.

“Its just ridiculous. Your customer service has really gone to shit.

“You’ve got to do something about it. Its just not good enough.”

Half an hour after filming the video, he posted it to Instagram with the caption: “I am still waiting and getting angry.

“My wheelchair is my mobility, you don’t realise how important it is to me and others.”

Which Aussie airport is the worst for delays and cancellations? The answer may surprise you

In Wood’s public speaking work he talks about how his loss of autonomy and the additional time it takes to complete tasks are some of the hardest things he has had to come to terms with following his accident.

Wood’s Integrity Speaks bio said: “One of the things I really struggled with after my accident was having to ask people to help me to do things that I should be able to do for myself!

“You have no idea how that affects your pride!”

Wood has called on Qantas CEO Alan Joyce “to do something about customer service for wheelchair pax”.

The Australian Institute of Health and Welfare states that disability discrimination as occurs “when a person with disability is treated unequally, less favourably, or not given the same opportunities as other people because of their disability.

“Indirect discrimination involves passive or unthinking acts. It can be unintentional or accidental. It occurs when a practice, policy or rule that applies to everyone causes unreasonable disadvantage to a person with disability.”

Qantas told 7NEWS.com.au that it would follow up the incident.

“We have reached out to Mr Wood to sincerely apologise for his experience,” the airline said.

“Unfortunately, like many industries, aviation is experiencing staff shortages as a result of rising COVID cases, which can lead to some delays of airport processes.

“We recognise the significant importance of returning wheelchairs and other mobility aids to our customers safely and in a timely manner.”

Qantas, Virgin Australia are on track to record worst ever on-time performances. This is how bad it really is