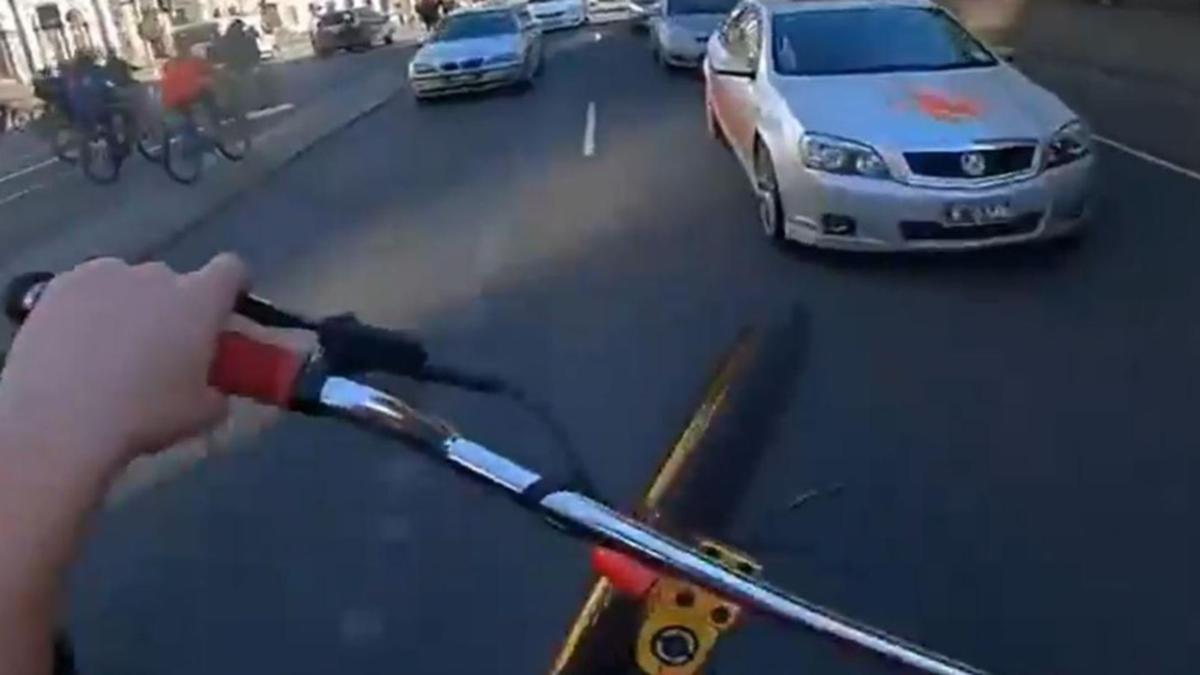 Throngs of teenagers on bikes have menaced Melbourne in recent weeks, prompting police to put the kids on notice.

Victoria Police told NCA NewsWire it was aware of a “group of young people who occasionally participate in organised bike riding across Melbourne‘s CBD”.

“Most commonly, the behaviour we see from this group involves riding in a large group covering the majority of the road; however, on occasion there is also disruptive and dangerous behaviours, including riding into oncoming traffic and performing dangerous acts while cycling,” a spokeswoman said.

“Police have proactively engaged with this group and the organiser and his family to discourage involvement in any breaches of the road rules or anti-social behaviour.”

Camera IconThe teens show up in big groups to cycle in the streets. Credit: Supplied

“Cyclists and pedestrians are vulnerable road users and little separates them from the road, one another, traffic and ultimately injury,” the spokeswoman said.

“So far this year there have been seven cyclists killed on Victorian roads, which is up from five at this time last year.

“Victoria Police urges these riders to slow down and have respect for other road users before someone gets seriously hurt.”