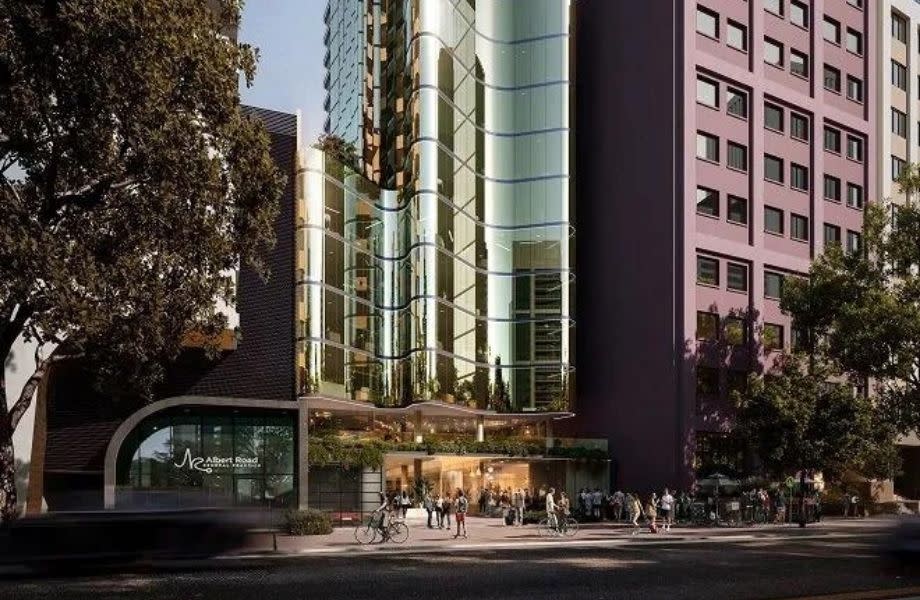 Jerry Xu’s hotel management company La Vie Hotels and Resorts has secured the rights to bring the hotel brand to the Pacific. The 88-key hotel will be located at 28 Albert Road in South Melbourne next to the new Anzac train station and the Royal Botanic Gardens.

The 23-storey hotel will be part of a development project between Zhiwei Huang’s DCF Property Group and M Property, part of Chua Hock Hoo’s and Lloyd Clark’s M Group.

The 1007sq m site is part of a larger parcel first put up for sale in 2016 by Melbourne businessman John Shalit and then purchased by DCF Property Group in May 2018 for $20.68 million.

The hotel will have 88 rooms, a restaurant, bar, gym and pool and is scheduled to open in 2025. Construction is expected to start in the first quarter of 2023.

La Vie Hotels and Resorts’ managing director Craig Bond said the company is betting on people wanting to travel and experience new things after extended lockdown periods during the pandemic.

“If the pandemic has shown us anything, it is that people are wanting to feel connected and when travelling, be transported to a place that inspires and excites while factoring in the local idiosyncrasies of the community,” Bond said.

It has two brands: YOO2 and By YOO with the Rolling Stones’ Mick Jagger’s daughter Jade Jagger, Elle MacPherson and Kate Moss having designed interiors for properties under the latter.

Hitchcox said Melbourne felt like the right fit for the hotel location and the Australian launch of the YOO hotels.

“We know how much Australians appreciate good design and we could not think of a more compelling city to launch YOO Hotels into the Australian market, than Melbourne, and look forward to seeing guests respond to the surrounds when the hotel opens,” Hitchcox said.

As the world’s largest residential lifestyle brand, the company has a portfolio of residential developments, hotels, bespoke homes and mixed-use projects.

La Vie Hotels and Resorts has been working to grow its hotel portfolio, announcing in March that it will operate three Radisson hotels in Galle, Colombo and Kandy in Sri Lanka on behalf of Bob Kundunmal’s SinoLanka Group.

Sri Lanka’s tourism sector has taken a hit due to the pandemic and is currently operating in a climate of uncertainty due to ongoing political protests against its current government amid an economic debt crisis.