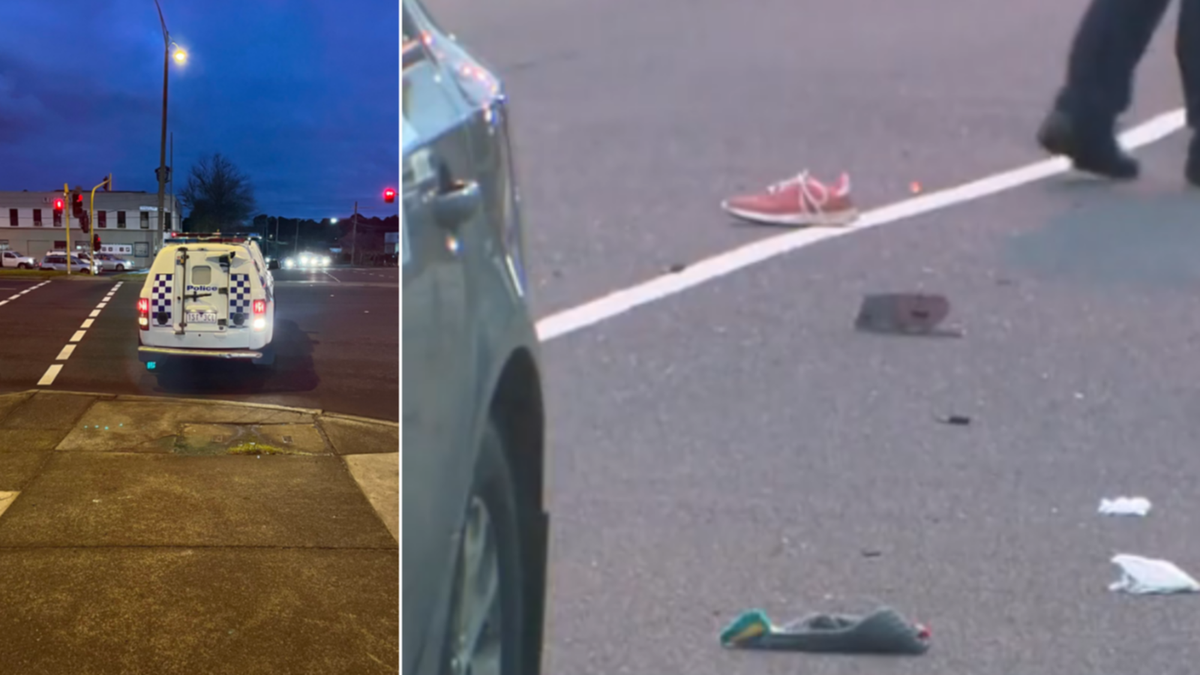 A Melbourne woman has been killed after being struck by a taxi in the early hours of the morning.

The 62-year-old woman was walking in the suburb of Oakleigh, in the city’s south east, when she was hit on Dandenong Road at about 4.15am on Thursday.

The woman, an Oakleigh resident, died at the scene.

A pair of running shoes was left on the road. Credit: 7NEWS

A 49-year-old Huntingdale man, who was driving the taxi, was uninjured in the crash and stopped at the scene.

He is assisting police with their inquiries.

Police are yet to determine the circumstances surrounding the collision and there are traffic delays in the area as officers investigate.

Inbound diversions are in place for the Princes Highway at Atkinson Street.

A 49-year-old Huntingdale man, who was driving the taxi, was uninjured in the crash and stopped at the scene. Credit: 7NEWS

Drivers have been urged to use North Road and Warrigal Road as an alternative around the crash.

They have been urged to allow plenty of extra travel time.

Breakthrough in police probe after man shot dead in Fitzroy