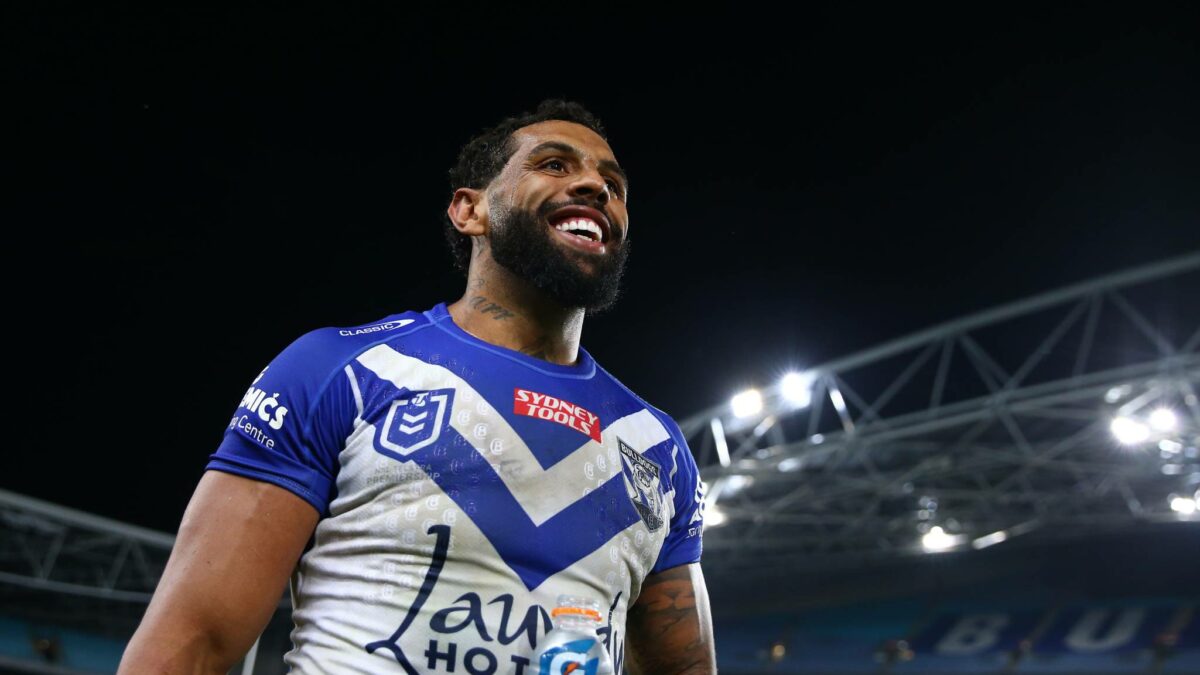 Penrith and Melbourne stretch their lead at the top, while North Queensland and St George Illawarra notch three wins on the trot. Who’s shaping into the season and who’s falling off the cliff? Here’s your talking points for NRL Round 8.

Yes, Karl Lawton deserved to be sent off

Nothing makes me more annoyed than the idiotic responses to on-field foul play. Unfortunately, these are often led by the dinosaurs in the commentary box.

So let’s run through it again – sure, Manly’s Karl Lawton was unlucky his tackle on South Sydney’s Cam Murray went the way it did. But it doesn’t matter Murray got up and was okay. It doesn’t matter Lawton didn’t mean for it to happen. It was an illegal tackle and a send-off was a just decision.

The contrast between the Channel Nine and Fox League broadcasts couldn’t have been starker, as Nine’s team raged against the decision and wept for this new, soft future of the game while Fox understood what was happening and accepted it.

Now we’re going get half a week of garbage takes about how the send-off is too harsh, that it should be 20 minutes, that you should be allowed to replace the sent-off player, that it should only be a send-off if there’s a game-ending injury, and so on.

What gives at the Roosters?

Canterbury weren’t world-beaters on Saturday afternoon, but they played with commitment and technique, which is more than could be said for their vanquished opposition.

The Bulldogs have shown glimpses this season of good times to come and the effort and energy they piled into the Roosters paid dividends.

It’s tricky to judge the Roosters too early because they usually only do what they need to do early in a season aiming to peak later, but they’re running out of room to move if they want to live up to their high expectations.

“I know they’re working really hard and they’re sort of going why isn’t this coming together and that’s on the coach and that’s the job is to put it together,” Robinson said.

“You guys can see that the guys are working hard otherwise you’d see guys dropping off and not working on kick chases or not working behind the ball. That’s sort of all the work’s there, I haven’t found the key to put them together yet.”

That said, the mouthing off by Josephs Manu and Suaalii when they thought they’d combined for the tying score was unedifying stuff and born of frustration with how the Bulldogs were handling them – I’m sure Robinson will have that moment on repeat in the club’s review sessions this week.

The Roosters should play finals, but their next month includes games against Parramatta, Penrith and Cronulla. That’s a stretch to define whether they play finals from the top four.

Who’s going to get anywhere near the top two?

North Queensland’s win over Parramatta was resounding and Cronulla had a stumble on Friday in Brisbane. Right now as it stands they’re teams three and four on the ladder. But how realistic is it to think they can challenge Penrith and Melbourne?

One thing is becoming apparent in NRL season 2022 (if it wasn’t already), and it’s there’s two teams who are light years ahead of everyone else. Penrith’s brutal defence and Melbourne’s spectacular attack are enthralling for different reasons and as the rest of the comp battled on this week, the teams at the head of the class continued on their merry way.

Canberra vs New Zealand was the worst game of the year

Move over Wests Tigers and the Gold Coast, your 8-6 Round 4 abomination has been overtaken by Saturday afternoon’s diabolical offering in Redcliffe.

The Raiders and Warriors combined for 35 errors and 15 penalties, and every single point scored by New Zealand was a direct result of a Canberran mistake.

The Warriors completed barely more than half their sets and ran for a total of just 1174 metres. A semi-competent rugby league club would have led them 30-0 at halftime instead of the Raiders’ wobbly 20-12 effort and Canberra have now been held scoreless in five of their eight second halves this season, an incredible statistic.

A couple of weeks ago, I said Canberra had a pretty decent team buried under all the errors and panic. I take that back, well and truly. The Green Machine is utterly broken and I don’t know if the club has the grit to carry out the internal analysis they so badly need.

– Newcastle are a complete disaster. Bottom of the deck and bereft of inspiration. Forget their next win, where is their next try coming from? They haven’t crossed the try line in a fortnight!

– If ever there was a time to penalise a player for staging, it was New Zealand’s Matthew Lodge for his Academy Award-worthy performance, laying down for the critical penalty to send their match against Canberra to golden point

– Ash Taylor is reported as set to retire due to the severity of his hip injury – the NRL grinder claims another victim. Go well, Ash.

– Parramatta have their concerns and selection curiosities, and we’ll see how serious they are when they travel to Penrith this week

– Brandon Smith again acts the clown and faces a potential sanction from the NRL. Who would have thought a fella with a reputation for being super loose and who calls himself ‘Hectic Cheese’ would act in a super loose way? Lucky for him, he can play…

Round 9 looks like a belter, with good match-ups from up and down the standings.

South Sydney look for vengeance for their Round 1 loss in Brisbane, Canberra and Canterbury battle for 14th in Friday’s early game, before a beauty between Penrith and Parramatta.

Manly will try to reboot against Wests Tigers, the Roosters and Titans battle for a desperately needed win, North Queensland welcome Newcastle, Melbourne face the Dragons, and Cronulla may well have a tricky time against New Zealand.

What did you think of the weekend’s NRL games, Roarers?