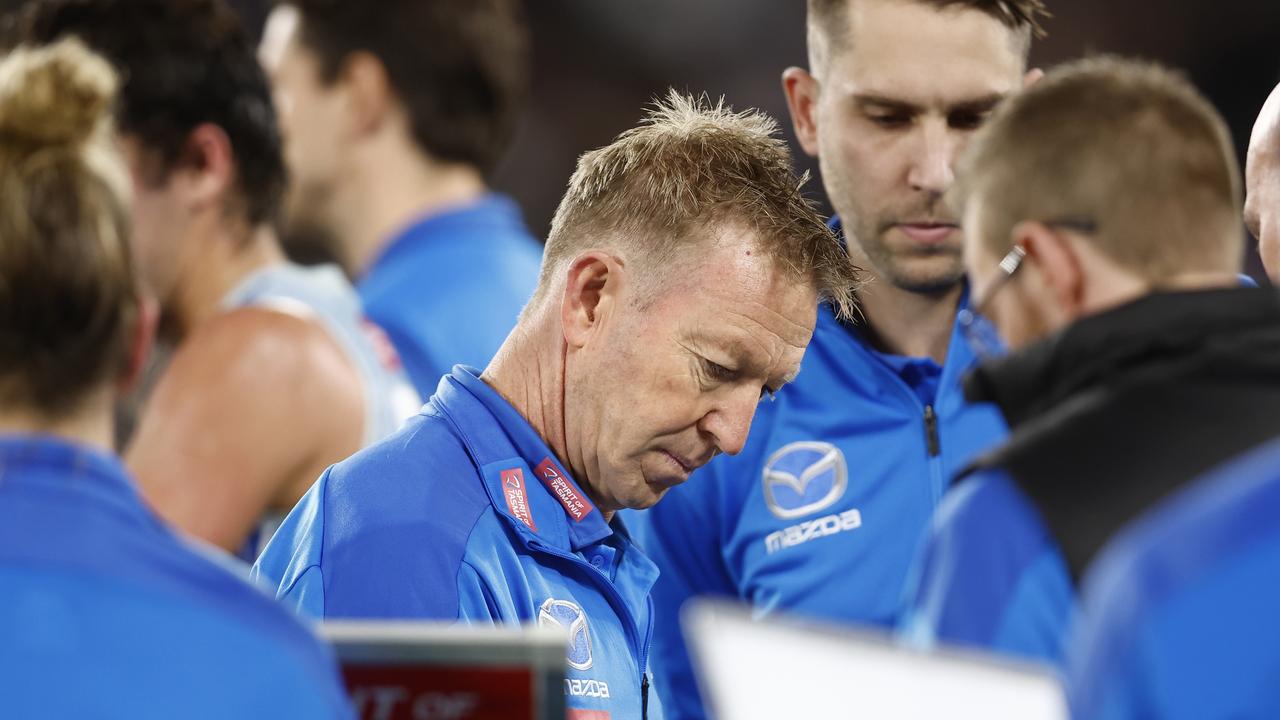 North Melbourne need to go back to the basics and give young players like Nick Larkey the chance to compete if they are to improve in 2022, according to club great David King.

The Kangaroos suffered a 53-point defeat to St Kilda on Sunday, as they managed just two goals to the main break.

Speaking on First Crack, King said he hoped to see a shift in game plan going forward after the “awful watch” against the Saints.

“I find it really hard to follow that they are on track,” he said.

“At some point you’ve got to call a spade a spade.

“I think they need to look at going back to a basic one-on-one plan and giving these guys a chance to compete,” he said.

“You’ll be pulled apart by coaches from time to time but I think it’s a better starting point than where they are now.”

Fellow panellist Leigh Montagna said he was yet to see improvement in the club in 2022.

“I wanted to see a bit more from them this year. I haven’t seen one facet of their game that looks like it is developing,” he said.

Larkey managed just two disposals against the Saints, and finished with one behind. Fellow big man Tristan Xerri also managed just two touches, but did spend time off the ground with a facial injury.

King believes Larkey didn’t have enough support to get into the contest.

“Everyone is critical of the Kangaroos at the moment – I thought they allowed Brad Hill and Jack Sinclair so much space across half back. Then they went with the extra behind the ball which exasperated that problem even more,” he said.

“It just made it impossible for Nick Larkey to get a one-on-one opportunity.

“If the Kangaroos are to win a game of football at the moment, there’s about four guys that need to have a big day. If Nick Larkey is not one on that list, he’s two.

“You’re losing by 10 goals anyway. How much worse could it be if you don’t allow the opposition to roll an extra back?”

The Kangaroos now travel to the NT to face Gold Coast before facing GWS ahead of the bye.