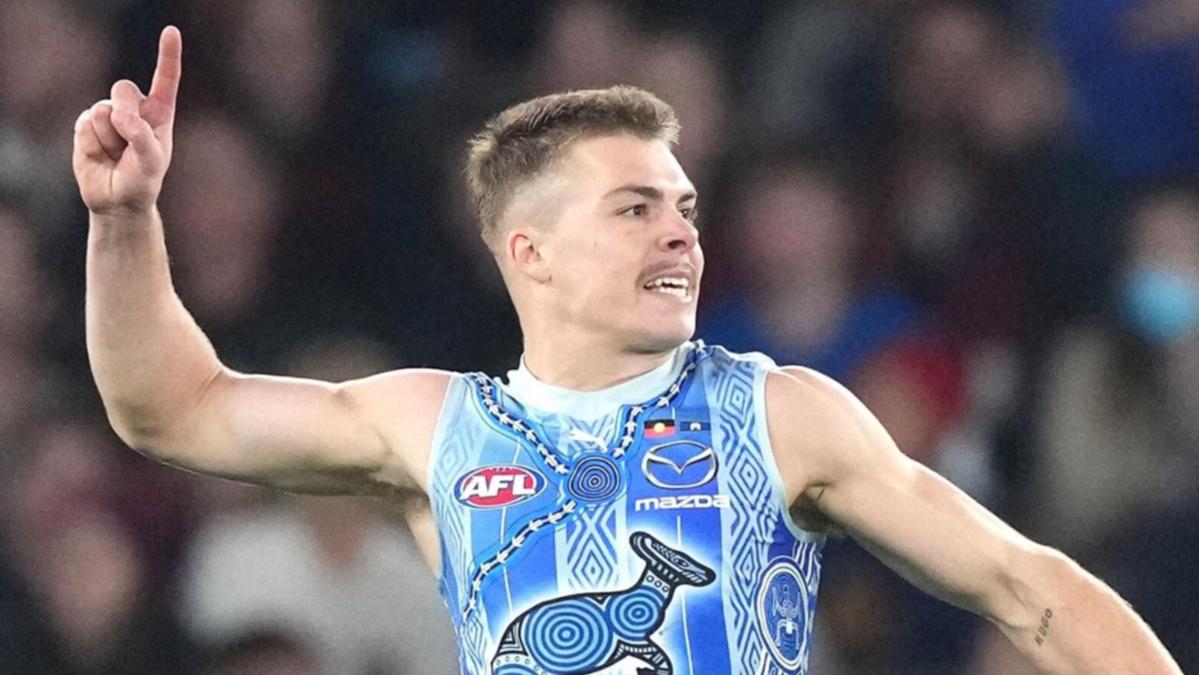 North Melbourne coach David Noble has made a passionate plea for fans of his struggling AFL club to show their support amid gloomy crowd predictions for their clash against GWS.

The Kangaroos’ Sunday fixture against the Giants is at Marvel Stadium, where the lowest ever crowd also involves GWS.

Melbourne’s round-23 game in 2015 against the Giants has the stadium’s record-low crowd of 8974 spectators.

Some pundits fear that unwanted mark could be replaced on Sunday given the low ebbs of the 17th-placed Kangaroos and 15th-placed Giants.

North’s last home game at Marvel Stadium, against Melbourne in round 10, attracted a crowd of only 13,422 people.

Coach Noble says now is the time for North members and fans to turn up.

“Our membership base numbers are really healthy, I still believe they understand where we are at.

“But we would like to see people come to the ground and support us on-field.

“That is the essence of what you do. Great communities, great clubs and organisations stick together when things are a bit tough.

“So any of the Shinboner fans and members that are out there, please come down to the ground.”

In the video below: Melbourne in damage control as new details emerge in fight fallout

The Giants’ caretaker coach Mark McVeigh said the lowly crowd forecasts were “not a big deal for us”.

“We understand some of the challenges around clubs at the moment that are at the bottom of the ladder and what’s going on with attendances around the country with footy and we respect that,” McVeigh said.

“But for us, we don’t really talk about it.

“We have obviously played in front of some low crowds at times.

“We’ve got some good support that follows us in Melbourne, which we love, and people that travel from NSW and Canberra.

“This is a really important game for our club, we’re coming off a break and North Melbourne will challenge us.

“ … So for us it (the crowd) is not a big deal but we hope that our Giants supporters can get there and support us and we put on a really good show for them.”