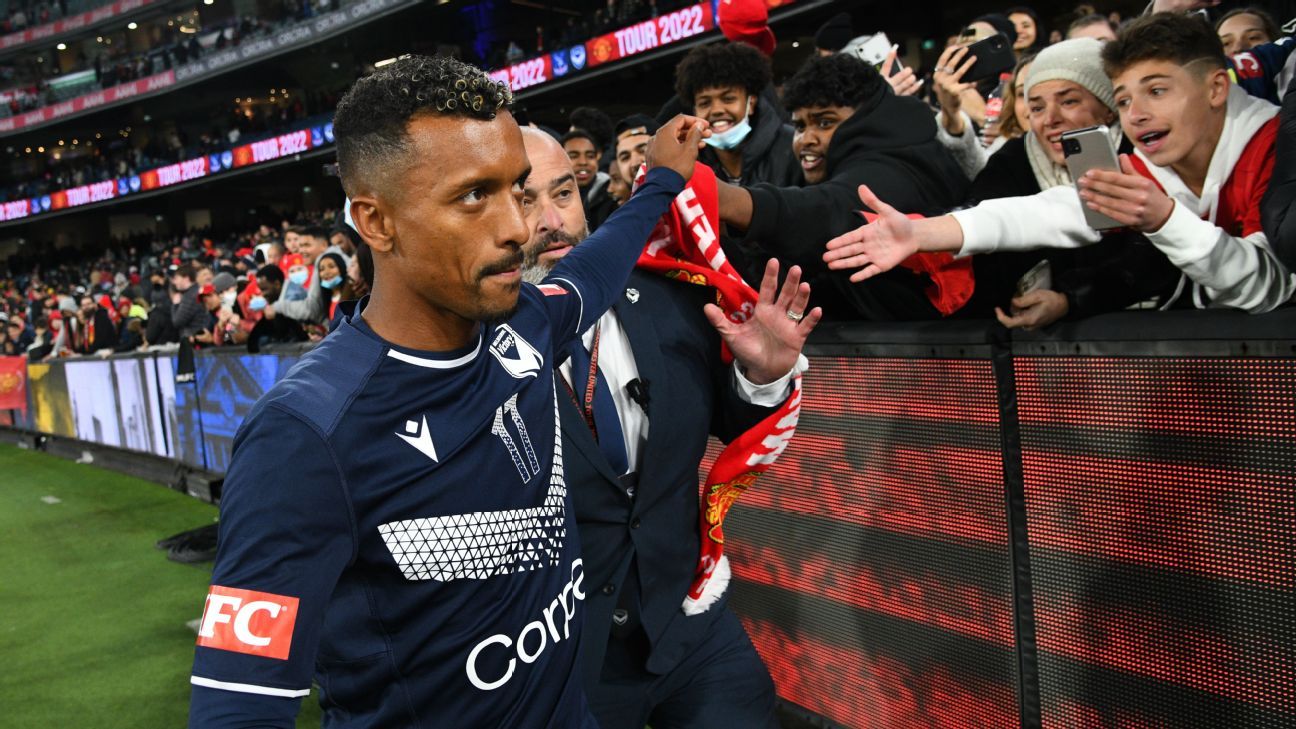 Luis Carlos Almeida da Cunha — better known as Nani — wins things. To pretend anywise would be a gross mischaracterization of the accolades he has earned since he broke into Sporting CP‘s first team as an 18-year-old back in 2005. In the 17 years since, the attacker has, amongst other accolades, won four Premier League medals and the 2008 Champions League with Manchester United, several domestic cups with Sporting, and the 2016 European Championship with Portugal. His trophy room, in other words, is rather full.

Of course, these days the 35-year-old’s career is in its twilight years — stints in Major League Soccer and the A-Leagues indicative of a high-profile player that has moved into a new phase of their career — but even then there have still been demonstrations that he and success remain, at a minimum, somewhat familiar with each other. His time in MLS, for instance, saw him captain Orlando City SC in their first-ever playoff appearance and the finals of the MLS is Back Tournament in 2020.

But that some level of excellence has followed Nani, even as his career slowly winds down, shouldn’t be surprising. Players that reach the highs he has, as a general rule, possess a hunger for success and excellence that can sometimes border on the pathological. Triumph and a desire to compete drive them in a manner that is difficult to comprehend for those on the outside looking in, the demarcation between an individual that is talented and one that is truly elite.

It’s a mindset that goes some way to explaining why his last stop before signing a two-year deal with A-Leagues giants Melbourne Victory still irks him when raised. Prior to joining Melbourne, he joined Italian side Venezia at the conclusion of his contract with Orlando earlier this year. But he played just 283 minutes and tallied one assist across 10 appearances as the club were relegated from Serie A. He didn’t feature in the last seven games of the campaign.

“I arrived with a lot of motivation to help the team,” he told ESPN. “But everything that was proposed and I was thinking I would see when I arrived, it was totally different. It was a team without the real mentality of champions, the mentality who wants to stay in Serie A.

“When you see things like that it’s difficult for you to do what you wanted to do. It was a little bit disappointing because I’m a player when I go where I go, I always like to keep my promise, help the team, and do my best but unfortunately, that time was impossible.”

But now, the disappointment of that relegation is in the past and, three months on from his exit from the canals of Venice, Nani is eyeing a new challenge. Announced in July as the newest member of Victory and, almost instantaneously, becoming one of the faces of the coming A-League Men (ALM) season.

Undoubtedly, playing in ALM for “the Vuck” doesn’t carry the same level of prestige or notoriety that the Italian top flight does, to say nothing of his time with the likes of Manchester United, Valencia, or Lazio. But it does offer the Portuguese star an opportunity to pursue a new challenge and, in his words, add another chapter to his story.

And he’s very quick to make clear that while he is aware of the responsibilities that a player of his profile holds in a growing league like ALM, any tale in which he is a protagonist still carries with it an expectation of success.

– MLS can rival European leagues to attract biggest stars – Nani
– Lynch: Who is likely to be in Australia’s World Cup squad?
– Love the Socceroos? Tillies? Subscribe to The National Curriculum

“The last couple of years I’ve been travelling to different countries and I’m a person that likes a challenge,” he explained. “I was talking with my agent and there is a story that some great players have been [in ALM] and I wanted to be part of the league as well — try to make my story, come here and be successful.”

From a rhetorical perspective, it would appear that Victory and Nani are a match made in heaven. Like their new superstar signing, the four-time ALM champion’s identity is intrinsically tied to a singular pursuit of winning and success; trophies and success are less an aspiration than an expectation, hence the reinforcement with the Portuguese attacker.

Inevitably, however, no matter what is said by Nani or his new club during the pre-season, there will be a layer of scepticism that follows him throughout the opening months of the ALM season as its latest — in the words of APL CEO Danny Townsend — “sugar-hit” addition.

Just last campaign, former Liverpool star Daniel Sturridge signed with Perth Glory in a move that was floated as one of the league’s biggest ever, only for a calamitous series of events to restrict him to just 138 minutes, no goals, and an almost completely absent public presence. In the end, then-Glory CEO Tony Pignata glumly admitted to SEN’s The Global Game that “it hasn’t worked.”

But the early signs out of AAMI Park suggest Victory’s new man is walking the walk.

In a league where major international signings typically arrive later than most — Sturridge’s first session with Glory was the same week as their opening game of 2021-22 — Nani became an active participant in training almost immediately upon his announcement, a full three months out from when Victory will travel to face Sydney FC in the opening round of the 2022-23 ALM season.

Nani shares what he learned from a difficult six months with Venezia in Italy, off the back of three successful seasons with Orlando City.

“I’ve seen someone that comes in every day and is always training at the highest possible quality and giving his best,” Victory attacker Ben Folami said. “He’s come back in amazing shape. He’s a player that we know can give us a lot and he’s a player we can all learn from.

“And I think he’s the perfect example of someone that takes everything 100% to the maximum. The way he recovers, he’s the first in, he’s always in the ice bath after training, and he does everything right. So it’s good for me to see.”

Beyond his desire to prepare for the season, Nani, for his part, is also acutely aware that the eyes of players like the 23-year-old Folami are on him.

“The last two or three years, I’ve been doing this in the MLS,” he explained. “I’ve been a big part of helping Orlando City in growing the young players. Even [helping] the club being more professional, being more successful. I like to do this.

“When I talked with the coach here and the directors there is always this possibility … this is a part of the deal coming here.

“Because of all my experience I have, there is a moment I can help the kids, the young players, and with the quality on the field and the mentality, change the mentality.

“It’s important to have someone that can inspire them to perform and to train every day the same way and improve some things they are not so good at.

“I’m open to anything that can help the league.”

The former Manchester United star hopes to see his former teammate for club and country remain at Old Trafford after the Red Devils’ promising summer.

Likewise, he’s cognizant that a player like him represents more than just a player in leagues like ALM; that the profile, success and talent that he brings to the league means he carries an ambassadorial role, an aura and notoriety that will be used to sell tickets and market the league before he’s kicked a single ball in anger.

This has taken on an added dimension even since his arrival as, despite the APL’s hopes of adding several players of his calibre, Nani remains, for now, the only needle-moving signing made this ALM offseason.

“It’s good to be on the highlights and feel important,” he explained. “Because players like me and the players who have been playing around a lot of stars are aware of the pressure in every single moment — even the training and in the games.

“It’s natural and we like to feel this pressure because without that pressure sometimes there is no motivation.”

After making his debut in a two-minute cameo against former side Manchester United in an exhibition friendly at the MCG on July 15, Nani played five minutes in Victory’s 2-1 Australia Cup loss against Western United on Wednesday evening. It represents a slow start to life in Australia, but one his new boss believes will leave him well-placed to prove a difference maker come ALM season proper.

“We had no doubt he would be what he is,” said Popovic.

“There’s no surprise why he’s played at such a high level for so long. You see how he conducts himself every day on and off the pitch. He’s a pleasure to work with.

“He’s a winner, he wants to win. He’s at the right football club for that.”