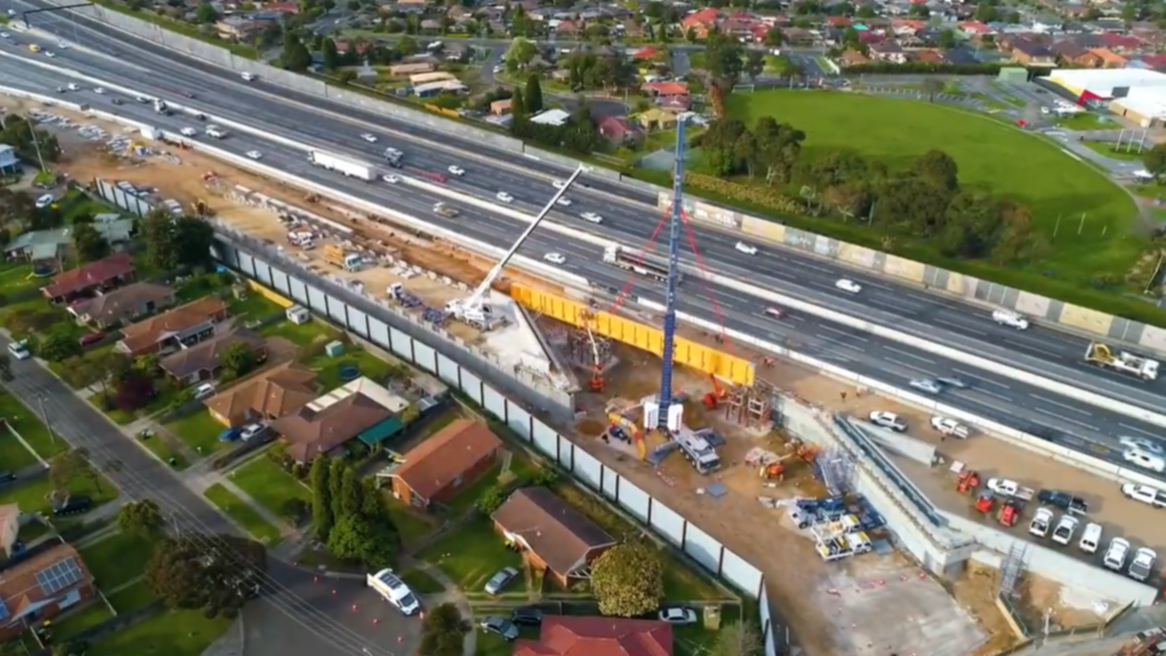 Congestion on a major Melbourne freeway is set to ease in just days, with more lanes finally reopening after months of delays.

To add kilometres of new lanes, parts of the Monash Freeway have been closed in different sections and drivers have been left frustrated.

But there is relief on the way.

Crews will start to remove the barriers on the freeway between Eastlink and Springvale Rd from Thursday night.

While there is some relief for frustrated drivers, there will still be major disruptions for motorists over the coming months for resurfacing works. Credit: Supplied

This will give drivers access to new lanes from Friday morning and throughout the weekend.

While there is some relief for frustrated drivers, major disruptions will continue for motorists over the next few months for resurfacing works. However, this will mostly be done at night.

The works to add 36km of new lanes to the Monash and Princes Freeways are expected to be completed by the middle of 2022.

Congestion on a major Melbourne freeway is set to ease in just days with more lanes finally reopening after months of delays. Credit: Supplied

The Glenroy level crossing boom gates were removed on Monday night but the road is still weeks away from being reopened.

About 19,000 drivers a day usually use Glenroy Rd, which will remain completely closed to motorists until Saturday May 14.

There will be a new Glenroy Station, with trains stopping there from 9pm on May 6. Buses will replace trains until then.

Dowd Place, on the western side of the rail line, will remain closed until mid-September.