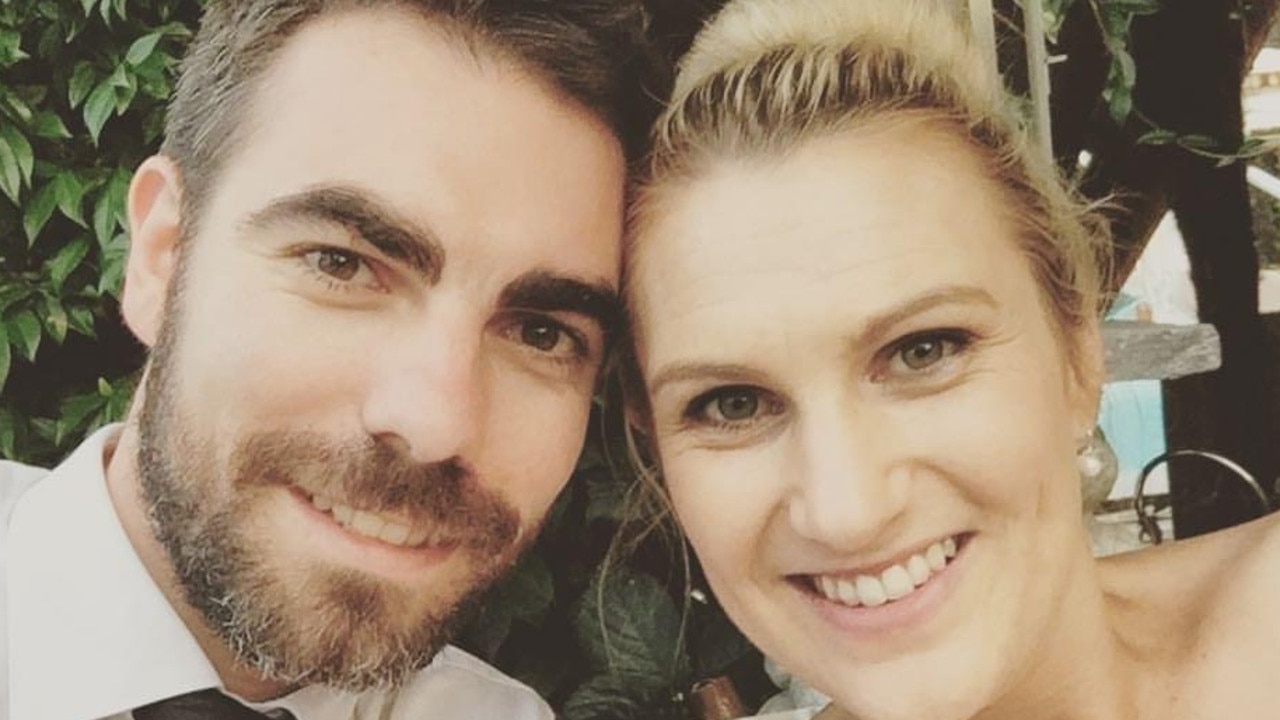 A Melbourne woman living in Switzerland had hopes of setting up life in Australia, but a devastating turn of events has left her unable to travel.

A Victorian woman living in Europe had plans of returning home, but in a devastating turn of events, her cancer has returned leaving her unable to travel.

Laura Dunk, 36, moved to Switzerland eight years ago when she met her now husband Marco Regina, 35, while travelling.

The duo set up life in the mountainous Central European country and while they loved everything about it, they had hopes and dreams of one day moving to Laura’s hometown in the Yarra Valley where they would live off-grid in a tiny house.

But those plans were cut short when Laura’s cancer returned.

The 36-year-old horse-lover and show rider was diagnosed with breast cancer in 2019.

She underwent a mastectomy and extensive chemotherapy which enabled her to keep the cancer at bay for just over three years.

But just one week after she arrived back in Switzerland following a trip to see her family and friends in April, it had returned.

She said doctors found the cancer in her lung cavity, in her chest wall before another test revealed it had spread to her liver and as of Friday, to her spinal chord.

“When she and Marco came back in March, we were catching up every few days, it was great,” Hayley told news.com.au.

“They were here for about four weeks but when they were about to go, I just had a feeling something wasn’t right. I can’t explain it.

“A week after they arrived back in Switzerland Laura told me she was having difficulty breathing.”

Hayley said doctors believed it was due to a blood clot from flying, however to their shock and horror, tests revealed the cancer was in her lung cavity.

“She underwent some pretty extensive treatment. Because her lungs were filling up with a lot of fluid, doctors had put in a powder which creates inflammation and scarring on your lungs to essentially help stop fluid building up.

“That was traumatic for her because she would have to have her lungs drained daily.

“Then in May, doctors found the tumour had gone to her liver and were still in her lymph nodes – and it has now spread to her spinal chord.”

Like many of Laura’s family, Hayley has also booked to see her best friend in what will be her final heartbreaking goodbye.

“It’s a race against time,” she said, fighting back tears.

“She is very weak, tired and in a lot of pain. She has deteriorated a lot in the past weekend, it’s hard for her to have a conversation with me some days.

“It is also why I have started a GoFundMe, to help move Laura from a general hospital into the hospice of her choice.”

Laura has been unable to work since she was first diagnosed with breast cancer and relying on Marco’s income is not enough to cover the medical bills, Hayley explained.

“While Switzerland has an incredible medical system, there are additional things we would like to provide Laura and these funds will go towards ensuring Laura has the most incredible care and will enable Marco to be there to care for her too.”

Hayley described her best friend as “incredible”, adding that despite this unfathomable time in her life, she has remained positive.

“She’s been asking me how I am coping and I am like, ‘Are you serious, you’re the one laying in that bed and you’re asking how I am’, but that’s the type of person she is.

“She is so strong and has a wicked sense of humour, and so too does Marco,” Hayley said.

“But Marco is trying to hold it together for her.”

So far, the GoFundMe has raised almost $7000 out of Hayley’s $50,000 goal, with funds also going towards caring for Laura’s horse back home in Australia.

“She is a beautiful rider and adores Flynn – she got him when he was just a baby but now he is in a retirement facility. Marco said he will keep caring for him but we want to help take the pressure and responsibility off him.”

Hayley said she is overwhelmed by the generosity of people from around the world, adding that any contribution, big or small counts.

“She is so special to so many.” Hayley said.