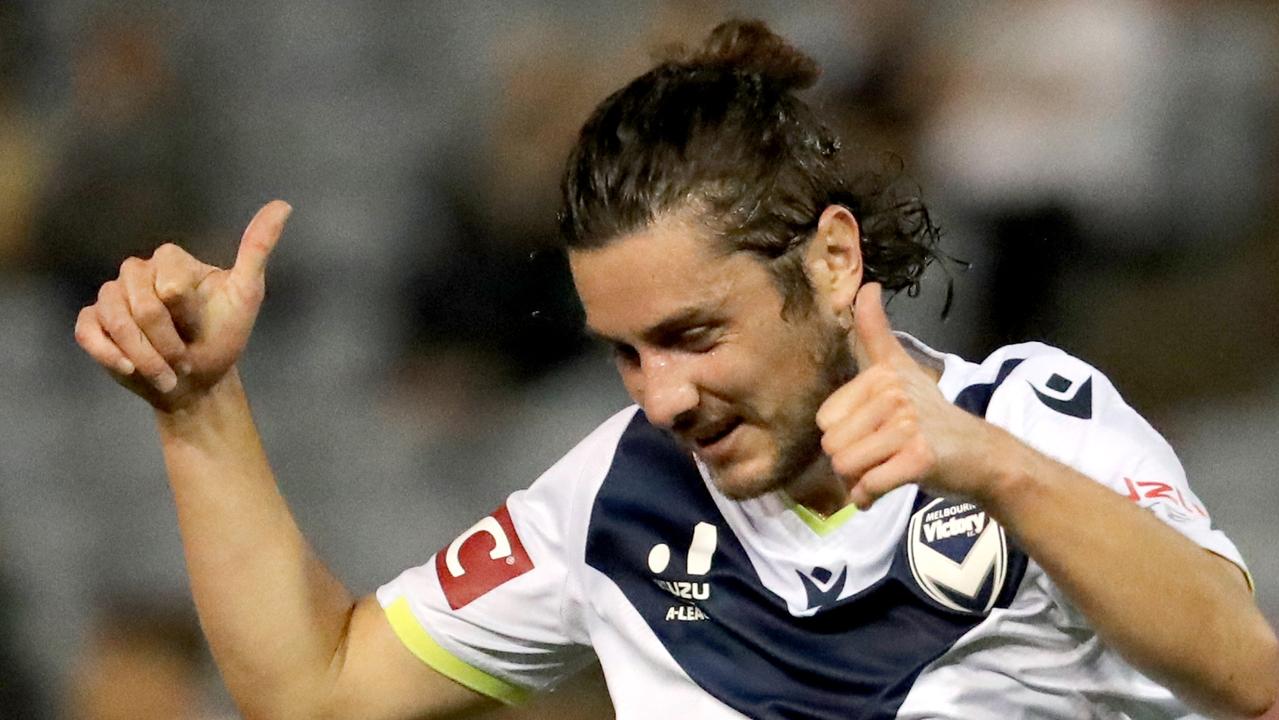 Melbourne Victory is finding a way to live up to its name even with the odds stacked in its rivals’ favour.

The cards had been firmly stacked against Melbourne Victory over the last fortnight, but Tony Popovic’s side kept finding a way to push forward and importantly, get results on the board.

In its fifth game in the space of two weeks, Victory emerged with all three points, snatching a 2-1 win over Newcastle Jets in dramatic fashion thanks to Francesco Margiotta’s stoppage time winner.

Throughout this stretch, which has also involved three road trips and playing largely off short turnarounds, Victory has won four times and drawn once – including wins over top of the table Melbourne City and fourth-placed Adelaide United.

The impressive run also extends beyond the last two weeks, as Victory’s unbeaten streak in the league is now up to a club-record 11 straight games, with its last league defeat coming on February 16.

Popovic praised his side’s recent form, but believes there is still more room for improvement in the final four games of the season.

“I believe we have to be satisfied,” Popovic said.

“11 games unbeaten, I think this run is a fantastic run. Five games, 14 days with all the travel and the big games we’ve had with the return of points that we’ve got is great.

“But I believe there’s more. There’s definitely more to improve. It’s still a new team. What we’re showing is we have a wonderful mentality, when we’re not at our best … we can get that result and then when we play very well, we can win.”

The win over Newcastle keeps Victory within touching distance of the top two as second-placed Western United remain three points adrift, while City are a further eight points clear.

Victory has two games in hand on City, and maximum points in those fixtures will take the former within two points of the reigning champions, thus setting up a potential grandstand finish for the Premiership.

Popovic, however, is refusing to look too far ahead.

“Everyone would love to hear us say you know we can win the Premiership and if we win all our games,” Popovic said.

“It’s not easy. No one gives you points here.

“You have to earn everything and we’re quite happy going along with full of belief that we can beat anyone but also respecting the fact that we have to play well and you know we have to work hard to get points.

Meanwhile, Newcastle coach Arthur Papas conceded his side would have to essentially win all five of its remaining games to keep its remote finals hopes alive.