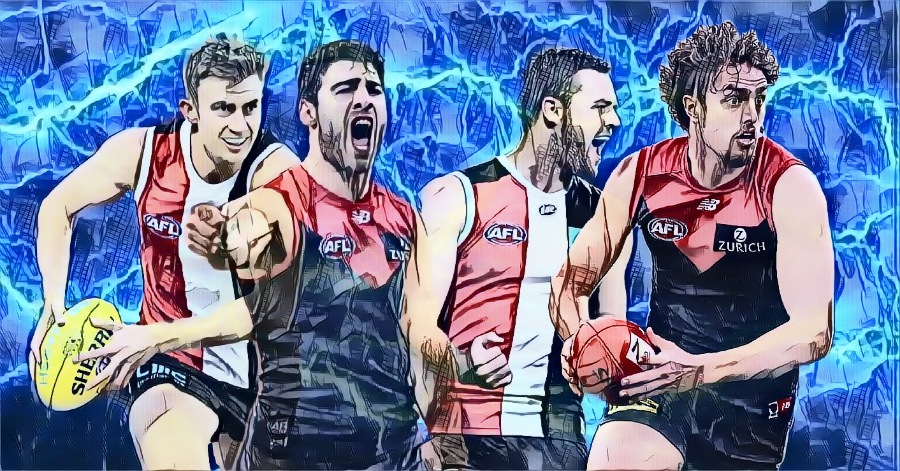 Last week I previewed the big Lions v Swans game as I believed it was the undoubted match of the round. The week before, it was Freo v Carlton that caught my eye and warranted a standalone preview. I’m happy to say that both articles got a very positive response from those who wanted a bit of a deep dive into important games featuring their team.

And looking at this week’s fixture, we have another top-four clash on our doorstep.

Might be time to head on over, unlock the security door, and let them the teams on in for a soecial Mongrel Preview.

So, with that in mind, if you like your dives deep ad your big games covered, then you’ve come to the right spot.

But if you’d rather a drip-fed approach to your footy previews, maybe try the AFL site. They’ll give you about 45 seconds of analysis either side of a gambling ad. No harm, no foul.

The Dees continue to roll along. Last week saw them experience a couple of speed bumps, causing things to get a little uncomfortable against the Hawks, but you never quite felt the game was beyond their control. The Hawks came at them both early and late, but the middle part of the game belonged to the Dees.

Still, a ten-point margin may give cause to think a dip in form is upon them, right?

The Saints blew an opportunity to g to 6-1. Selling a home game to play in Cairns may have made the bottom line look better, but the one-point loss to the Power is the type of result that haunts teams at the end of Round 23, and could be a decisive factor in the direction of their season.

Ask any St Kilda supporter what they think of the decision to trade off a game at Marvel, causing the Power to travel, regardless, and they’ll tell you exactly what they think.

The Saints have a chance to rectify their errors of last week, whilst the Dees have the chance to extend the win streak to 15.

Everyone drops a game sometime, as the Saints found out the hard way in Round Seven. Is this the week the Dees are brought back to Earth? And if so, how does it come about?

Well, that’s what I’m here for. Let’s dive into the crevices and crevasses of the Dees and Saints on Sunday arvo.

Paywall… what a pain, right? Well, it is how we survive and keep the page clean of gambling ads. Yeah, that’s right – we don’t just talk about how bad they are, we just don’t accept their coin, either. This article is the sixth of six… maybe seven members articles this week. You can access this, additional exclusive columns, and get the game reviews from HB earlier than everyone else by becoming a Mongrel Member. Plus, you help us grow.

Want more of this kind of stuff? Join The Mongrel to get it!