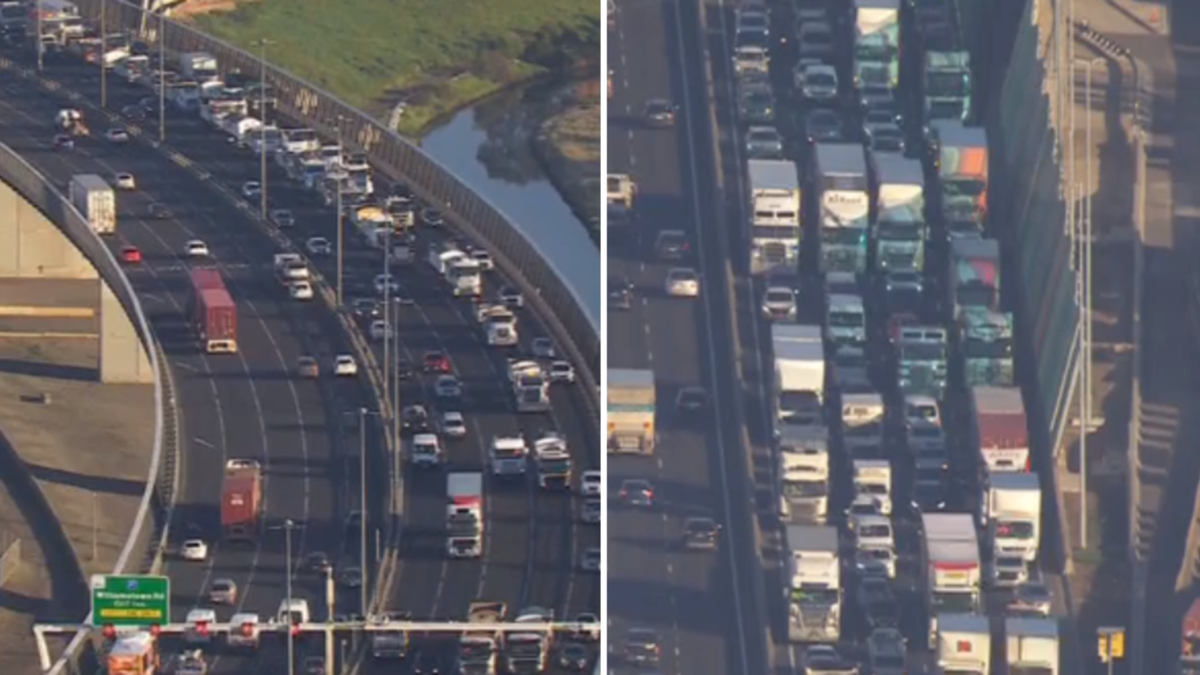 A convoy of truck drivers staging a protest have caused long traffic delays during the morning peak in Melbourne.

Dozens of trucks crawled at a speed about 20km/h across the West Gate Bridge before 9am on Wednesday.

They blocked two lanes and traffic queues are stretching for kilometres to Laverton.

Dozens of trucks crawled at a speed at about 20km/h across the West Gate Bridge before 9am on Wednesday. Credit: 7NEWS

There appeared to be at least 100 trucks in the queue and motorists were urged to avoid the area.

Speed and lane restrictions were in place and Geelong or Ballarat Roads can be used as alternatives if heading toward the city and there are still delays.

They blocked two lanes and traffic queues are stretching for kilometres to Laverton. Credit: 7NEWS

The drivers are protesting their claim of a fuel levy, saying the government promised to help earlier this year to cover the cost of living.

“Our fuel is up to 50 or 60 per cent of our costs, and they’ve stuck us out to dry so we’ve decided to come for a drive into the city to show them we need this done,” Victorian Tippers United Treasurer Ricky Woolcock told 3AW.

The convoy then headed to the Victorian parliament on Spring St and drive in circles around it, honking their horns.

The $750 COVID isolation payment returns from today. Here’s who can get it, and how to claim it