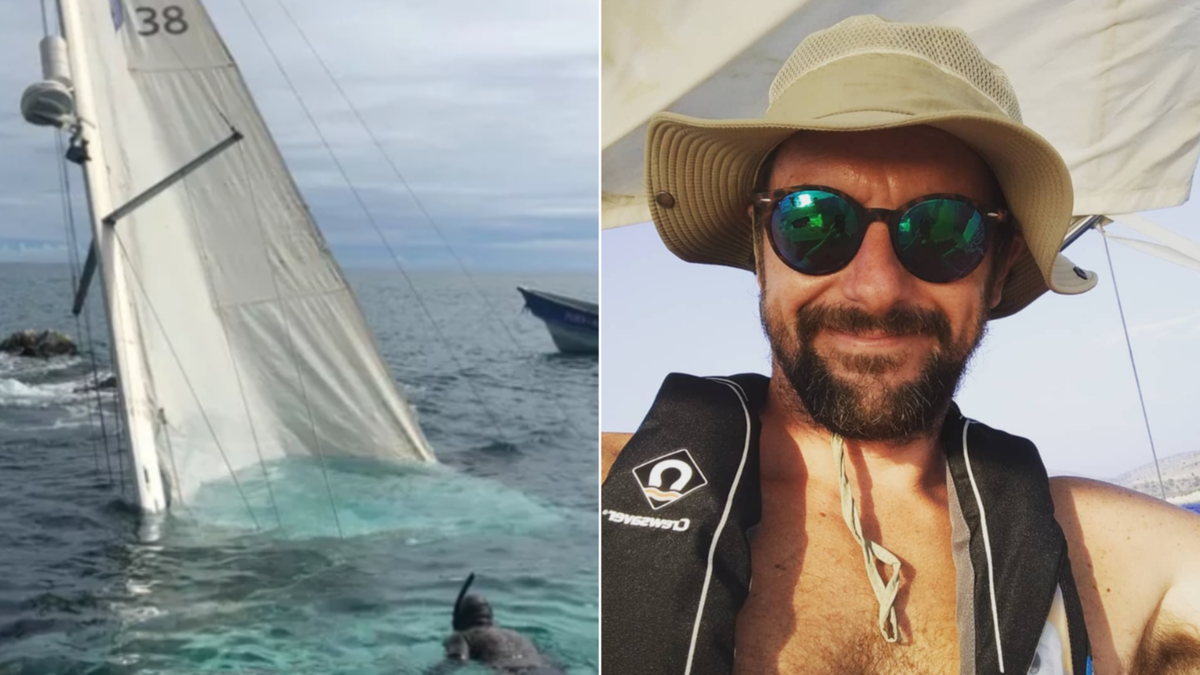 A Melbourne sailor travelling solo around the world has shared his astonishing tale of survival after falling overboard in the Caribbean sea.

Towards the end of a 30-hour journey from Colombia to Panama, 17km from shore, John Deer took a wrong step and fell off the back of his boat.

With both sails up and the motor running, the boat left Deer stranded in the middle of the ocean, a sailor’s worst nightmare.

The sailor, who shared his incredible story on Instagram, said he was convinced he was dead.

“No one knew I was there. It was 5pm and the sun would set in an hour,” he said.

“I struggled with the realisation of my imminent death for a few minutes, not wanting to accept what seemed my inevitable fate.”

John Deer has been sailing around the world for the past three years. Credit: GoFundMe

In a sheer act of determination, Deer made the quick decision to swim to shore, conserving his energy by alternating between breast stroke and back frog stroke.

The following morning he finally reached some jagged, rocky cliffs and decided it was the best location to try and seek some help.

“I found a decent sized stick and attached my T-shirt to the end of it to use a signal to flag down any boats going past,” he said.

After two failed attempts to flag down any boats, Deer was finally rescued and taken to the border town he was initially heading for.

He was dropped off at the local police station and taken to see his boat, Julieta, which was found completely destroyed and fully submerged.

John’s boat, Julieta, was found submerged and destroyed, along with all his personal belongings. Credit: GoFundMe

Everything he owned, including his passport, was gone.

“I literally now only have the T-shirt and shorts I was wearing when I fell overboard.”

Friends have now set up a GoFundMe page, hoping to raise money to salvage the boat, regain Deer’s legal documents and help him travel back to his family in Australia.

Set up only three days ago, nearly $15,000 has already been raised to help him get his life back together.

Despite losing all of his possessions and his “greatest asset”, Julieta, he said that above all else he was grateful to be alive.

“It’s been a hell of a journey up until now. From Greece to Panama in three years,” he said.

“It’s sad I won’t be able to continue the journey back to Australia as planned. But I guess life had different ideas for me.”