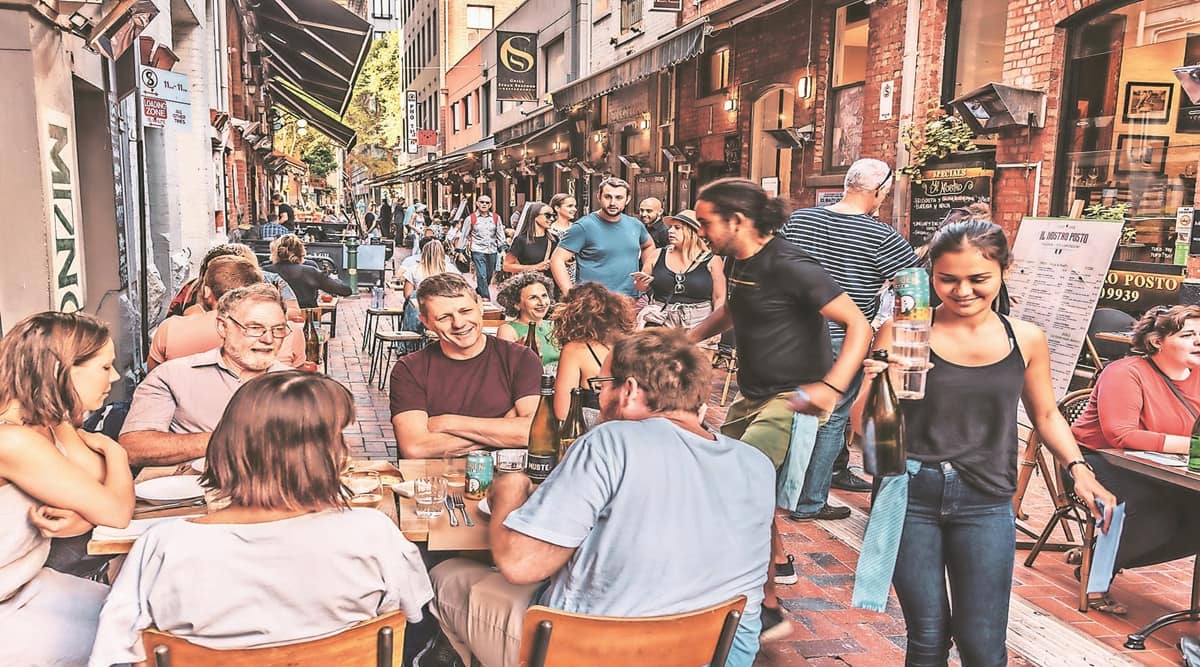 I like visiting cities that begin with the letter ‘M’ because they then alliterate so beautifully with ‘musings’. That said, even if Melbourne were spelt with a silent ‘X’ in front, I am sure I’d find some way to make it sound poetically enchanting.

I love how Europe has great food and I always wish there was a way to match it with Asian hospitality. Add to that some North American sense of ease of living and you have quite the ideal place and people. To me, Australia has just that right mix. As the pandemic somewhat lifts, I got a chance to travel and recently visited Victoria (no, that alliteration was completely unintended) and I had an absolute whale of a time. I took cars, trains, and ferries and yet, at any point, was no further than a few hours from Melbourne.

The state of Victoria is relatively cool, so the wines yield us some really crisp sparkling and white wines and fruit-forward reds. I have visited Yarra and Heathcote earlier and this time around, I visited St Hubert, a premium winery, and came away quite impressed by their vintage sparkling and Chardonnays.

Moving on then to the gin scene. Some of the top gins of the country, nay, world, originated in Melbourne. Four Pillars comes racing to mind, even more popular in India ever since their collab with Stranger & Sons. But it isn’t just them, as there are almost 77 distilleries in the state and my travels took me through several small towns along Geelong and the Mornington Peninsula where one could visit, taste and buy— Apollo Bay Distillery and Bass & Flinders are two that come racing to mind.

And how can we forget beer. While Victoria Bitters may be ubiquitous, it certainly has stiff micro-competition from tiny breweries which dot the landscape as each town seems to have a thriving brewing culture. Local beers abound and each micro-brewery takes great pain in working out creative blends and recipes which were unique and quite curiosity-inducing. Pale ales seem to be the ruling flavour but there is a big movement towards low-alcohol or alcohol-free beers and, I must say, some of the brands I tried tasted so much like the real mcCoy I felt that they’d make a teetotaller out of me.

Chocolate is another thing the state does well. Sure they don’t grow much of it but they bring in the best raw material and then work in rather unique flavours. At the Yarra Valley Chocolaterie and Ice Creamery I was particularly enthused by their Bush Tucker series which uses indigenous herbs and flavourings for their bars. Think finger lime, lemon myrtle and other such exotic produce, deftly blended into rich cocoa, and you get an idea of just how decadent this was. I am sure there exists some statistic pointing at how it is impossible to walk in and not buy something.

Finally, food, and here the Australians have an advantage like none other. Being such a melting pot, Melbourne, or even Victoria, is home to so many populations from around the world that it is almost entirely possible to find any cuisine in any part of the state at any point of the day for a meal. Sure, some may not seem quite authentic while others may have adapted or morphed into a whole new cuisine with multiple regional and cultural influences but, at the heart of it, it was always yummy, sincere, honest, and hearty fare. The farm-to-fork movement is quite alive here and most eateries are trying to function with as much locally-available ingredients as they can. It was truly noble for it meant that even when trying the same cuisine a little down the highway, there could still be a difference all thanks to terroir and provenance. Oh, and the best non-meat meaty burger that I have so far tried was right here in Melbourne.

To sum it up, Australia may be a vast continent but Victoria as a state felt really compact. This trip, which happened during an unprecedented early onset winter for the region, still didn’t hamper our enjoyment of all the elements on offer. Sights like the 12 Apostles, experiences like the Great Ocean road drive or chugging along on the Puffing Billy steam locomotive, from visiting animal sanctuaries like Wildlife Wonders to spotting marsupials in their native habitats on Philip and French island, it was all within driving distance from Melbourne and yet felt worlds away from a metropolitan existence. There was so much to cover and time is never enough, especially when one is having fun. Apart from the many epiphanies the trip may have heralded, more personally, Victoria introduced me to the possibility of a life with no alcohol, no meat, and still no regrets. I guess there is hope for me yet.

(The writer is a sommelier)