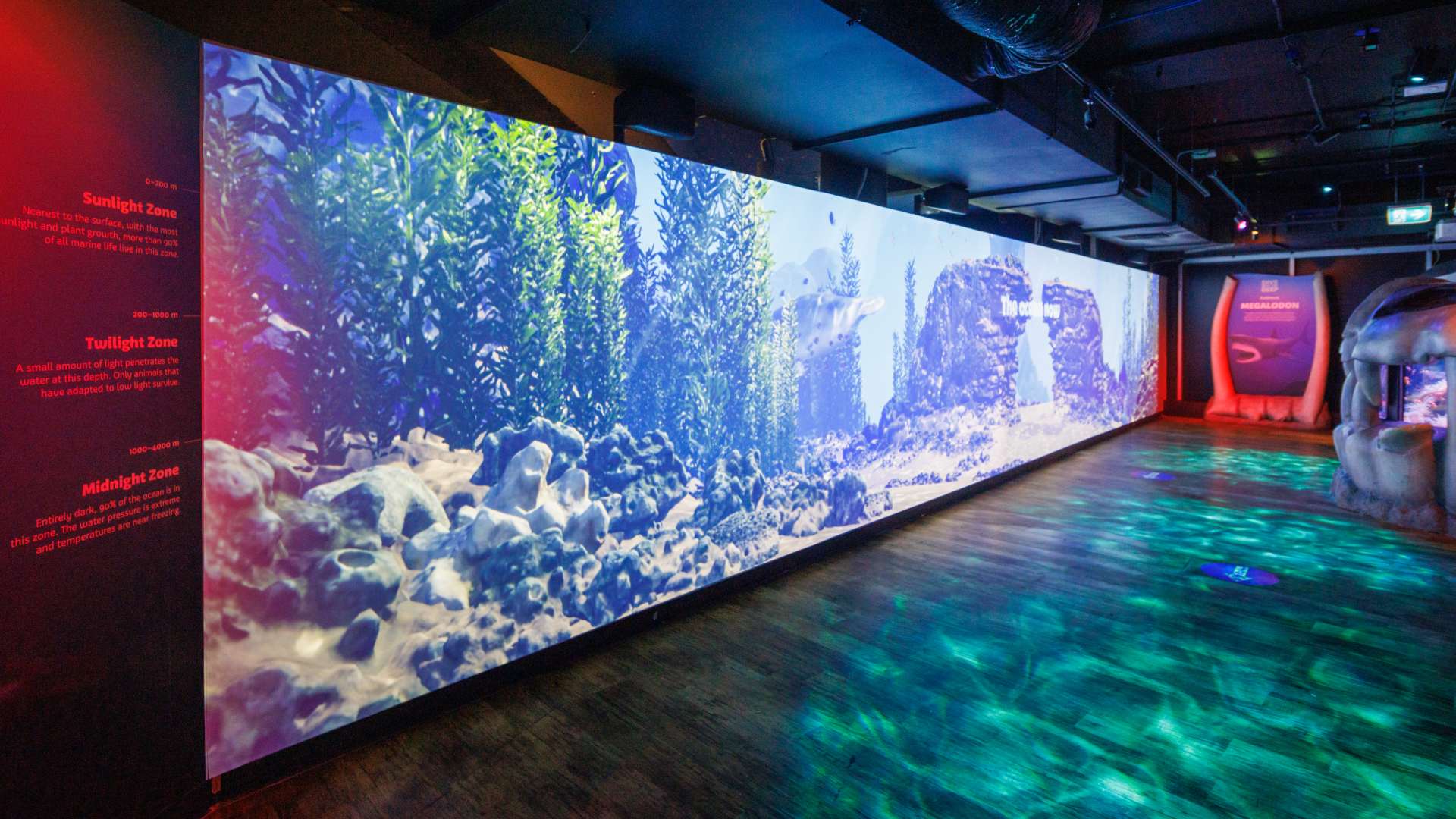 Sebastian the crab may have claimed “we got no troubles and life is the bubbles, under the sea”, but a recently opened exhibition at Sea Life Melbourne Aquarium may just put that idea to bed.

Developed by a creative tech studio in New Zealand, the digital exhibition Dive into the Deep is now open, giving museum-goers a 14-metre-long glimpse into the ocean’s depths throughout the Jurassic era and subsequent centuries.

While standing firmly on dry land, viewers of Dive into the Deep will get to encounter some of the ocean’s most terrifying inhabitants — both alive and extinct — like the colossal squid, a manta ray and the Megalodon, the massive prehistoric shark that we last saw onscreen in the 2018 sharksploitation blockbuster The Meg.

The exhibition is split into three zones, each corresponding with various ocean levels. The ‘Sunlight Zone’ contains some of the friendly fish and coral reef inhabitants you’ve probably seen in the water on summer beach sojourns: floating bell jellyfish, starfish, seahorses, and fish teeming along the coral bed.

In the ‘Twilight Zone’ are some of the more magnificent (or disconcerting, depending on your fear levels) ocean inhabitants of further south, like a large sperm whale and Tiburonia jellyfish. Finally, in the ‘Midnight Zone’, you’ll be plunged into the darkest depths of the ocean — and you might even catch a battle between the sperm whale and giant squid.

Perfect for ocean enthusiasts, Finding Nemo fans or just those who want to learn a little more about the thing that covers 71 percent of the earth’s surface, the permanent exhibition is open now and built into the aquarium’s admission price so it won’t cost you any extra. Go find out if it’s better, down where it’s wetter. (Sorry).

Melbourn Aquarium’s Dive into the Deep exhibition is open now on King St, Melbourne. The aquarium is open Monday, Thursday and Friday 10am-5pm, and Saturday and Sunday, 9.30am-5pm.