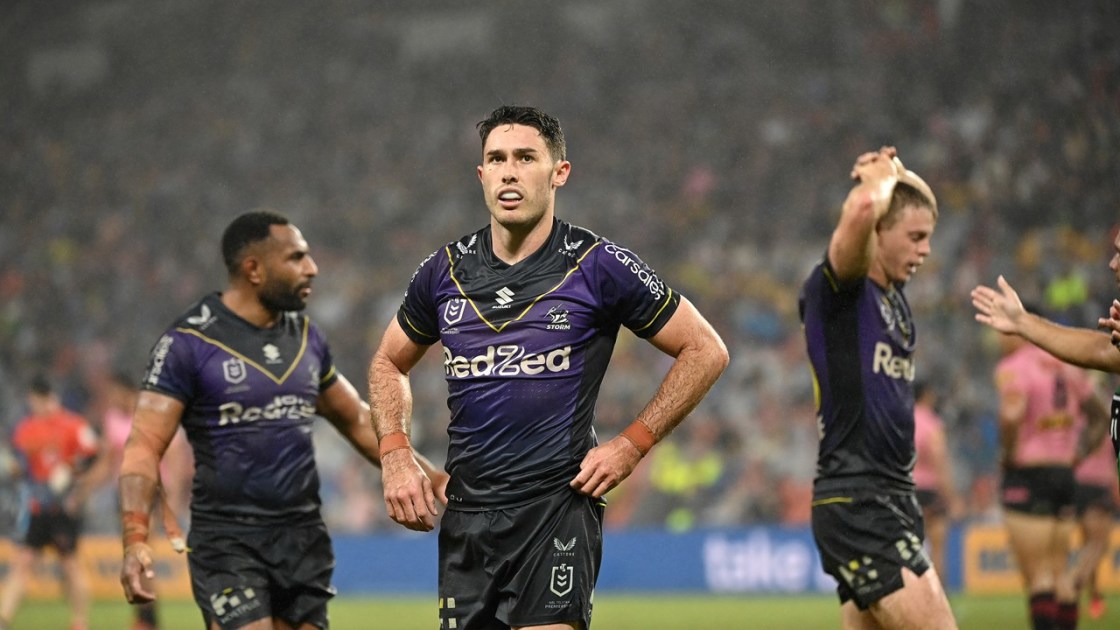 Melbourne Storm great Cameron Smith has labelled his former side’s 32-6 loss to the Penrith Panthers as “a question mark” on their premiership credentials.

The Storm entered the game without star fullback Ryan Papenhuyzen and that blow was compounded as they lost halfback Jahrome Hughes moments before kick-off, which ultimately proved decisive.

Smith said that the Storm’s recent attacking blitz against weaker opponents was poor preparation in the leadup to the top of the table clash.

“I woke up really nervous because the lead up was so soft for Melbourne,” Smith said on SEN 1170 Breakfast.

“They were flogging teams by 40 (points).

“The lead-in wasn’t great at all because they hadn’t played any style of tough footy against any quality opposition.

“They were outplayed and outmuscled, and Penrith were way too aggressive for them.

“They’ve scored 160 points in their last three matches leading up to that Penrith game.

“Craig Bellamy said as such in his post-match press conference saying that maybe (Melbourne) aren’t going as good as people think.”

In the most anticipated game of Magic Round, the Panthers got the early jump with two tries in the opening 10 minutes and were in complete control from there.

Smith said that whilst the Storm were well below their regular output, Penrith took full advantage and put in their best performance of the season.

“They were outstanding and that’s probably one of the best games they’ve played all season,” Smith said.

“They were at the Storm all night and were relentless.

“Penrith have now won three of the last four games against the Storm.

“I reckon they had the Magic Round versus the Storm circled for a few weeks at least.”

The Melbourne Storm will look to bounce back in Round 11 when they travel to Townsville to take on the in-form North Queensland Cowboys.