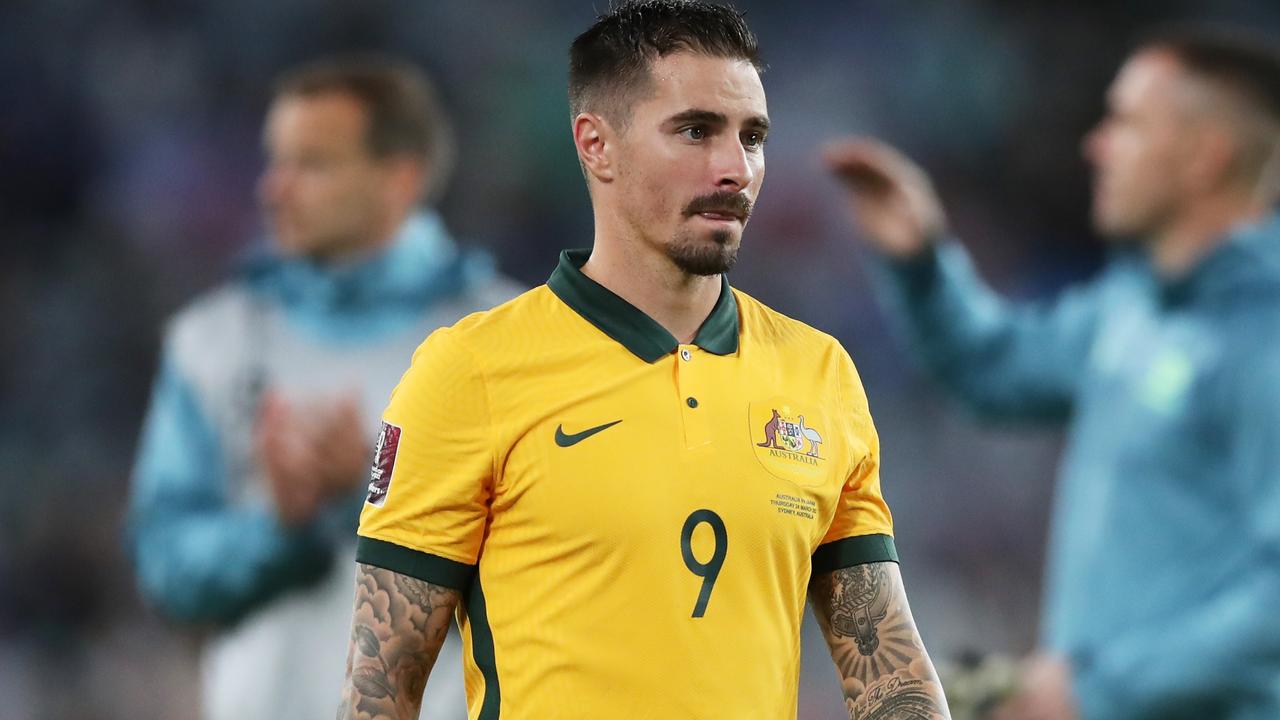 Having made himself unavailable for Socceroos selection against Saudi Arabia because of his impending wedding, Jamie Maclaren will instead play for Melbourne City this weekend.

Star striker Jamie Maclaren is set to play for Melbourne City on Saturday night despite having made himself unavailable for Australia’s match against Saudi Arabia on Wednesday morning (AEDT).

Maclaren’s decision not to travel to Saudi Arabia because of his wedding next week led to stinging criticism from former Socceroo Luke Wilkshire after Australia’s 2-0 loss to Japan on Thursday night.

The defeat ended the Socceroos’ chances of automatic qualification into this year’s World Cup in Qatar.

Regardless of the result in Saudi Arabia, Australia will have to win two sudden-death playoffs – one against a fellow Asian opponent and if successful in that, a second against a South American nation – to reach the World Cup.

The Socceroos left for Saudi Arabia on Friday without Maclaren, who will instead play for Melbourne City this weekend against Macarthur FC at Campbelltown Stadium.

Football Australia has allowed Maclaren, who came on as a late substitute against Japan, to play for City.

However, the striker’s decision to not go to Saudi Arabia hasn’t gone down well some former players.

“What’s the priority here? For our league, for our A-League, for our players, what’s their priority?” Wilkshire said on Network Ten on Thursday night.

“Is it to miss international games and go and get married? Is it because I want to go on a holiday and I’m going to pick and choose when I play for the national team?

“No, it’s not like that. It needs to be made a priority.

“As a player, playing for your national team is the ultimate … you’ve got to sacrifice and you’ve got to make sure you do everything possible to do it.”

“It’s unfair. His wedding is actually next week, so to have a go at someone whose wedding is next week about a result where he got five minutes … I think there’s bigger issues,” Kisnorbo told reporters.

“He showed his commitment, he got called in and he’s getting married next week. I repeat, next week.”

Kisnorbo also again defended City’s stance not to release Curtis Good to the Socceroos for the game against Japan.

However, in a new twist to the saga, Kisnorbo claimed his club would have released Good had A-League officials been able to find a new date for City’s midweek match against Brisbane Roar at Moreton Daily Stadium.

Releasing Good would have meant five City players were in the Socceroos squad, which under FIFA rules would have allowed City to have the match postponed.

“But there was no chance to move the game,” Kisnorbo said.

“They wanted to play on Wednesday and didn’t want to allow Good to play (for the Socceroos),” Townsend said.