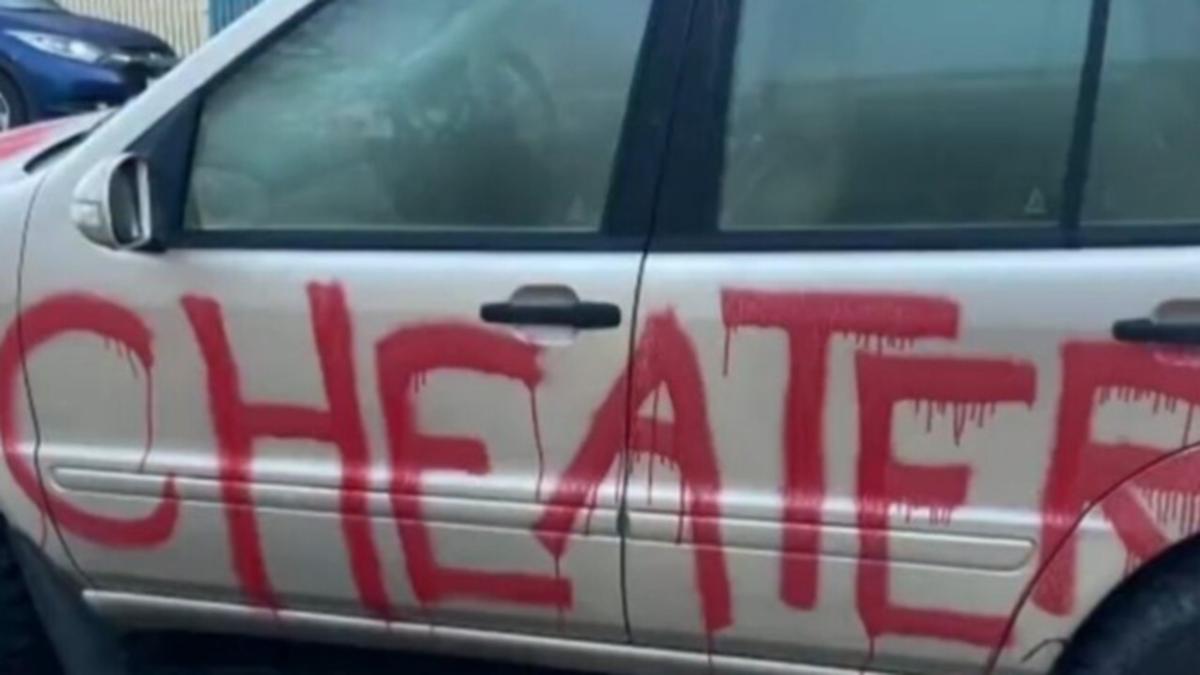 A Melbourne man has woken to a nasty surprise after finding his car covered in graffiti by an apparent scorned lover.

Instead of feeling Victoria’s winter chill, the man experienced the fiery wrath of a person he had apparently cheated on when he headed outside on Tuesday morning.

Beyond his Mercedes being ruined by the vengeful paint job, the person’s handiwork also made unsavoury accusations about the man’s behaviour.

The words “cheater”, “liar” and “all men r trash” are painted on the car in big red letters.

A neighbour reportedly spotted the man when he went outside and made the shocking discovery.

He apparently jumped in his Mercedes and drove off to an unknown location, though presumably he would want to get his car cleaned up before anyone else saw it.