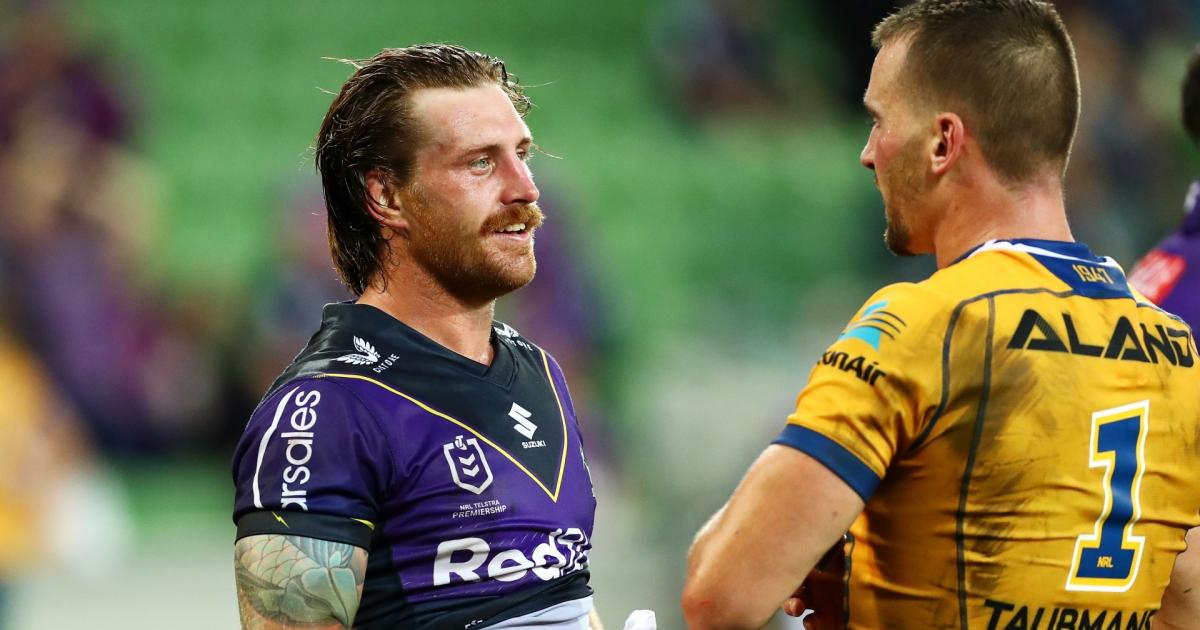 In their past three meetings, Parramatta have done what no other side has been capable of doing for a long time – and that is have the edge over the Melbourne Storm.

After the Eels’ two victories against the premiership heavyweights in 2021, they backed it up again on Saturday night in a thrilling golden-point affair at AAMI Park.

A true fortress of modern-day rugby league, teams that travel to Melbourne rarely come away with two points – yet the Eels took it right to them and escaped with a big win in round 3 off the back of Ray Stone’s late heroics.

The victory for Parramatta is their fourth in their last five meetings and it raises the question – how have they managed to become the Storm’s bogey side?

Speaking to the media after the game, Eels skipper Clint Gutherson said his side always know how to get up against Melbourne, but is seeking for that same effort on a weekly basis after a close loss to the Sharks in round 2.

“It’s always a hard game – they have been the best for a long time,” he said.

“Coming down here, I don’t think we hadn’t won in a few years, so it was always going to be hard. All we had to do was win it and that’s what we did.

“We are just getting up for it, we know it’s going to be a tough battle and we’re prepared for that.

“We need to do that every week, not just against the Storm. That’s something we need to improve on.

“We almost let it slip again – we had it in the bag last week and this week was almost the same.”

Melbourne were hit with a stack of injuries and disruptions during the week, particularly in the hooker position, but competed for the entire 80-plus minutes against a hard-hitting and free-flowing Parramatta outfit.

Storm captain Jesse Bromwich couldn’t explain why the Eels do have the wood over them recently, and knows his side has plenty to work on moving forward.

“Last year was a different team, but they’ve got three over us,” he said.

“I think they are just a scrappy team and you’ve got to be prepared to work really hard against them. They turned up today and were good enough to beat us.

“I haven’t got an answer why they’ve beaten us three times in a row – they’ve just been able to get it over us.

“We’re just looking for some consistency across the park. There was a lot of effort, but we need to put the effort in the right places.

“Our attack, we’ve been trying to improve it and work on it really hard lately, and I thought we showed some glimpses of some good stuff.

“I think we’ve got to look at our own performance and keep improving on what we’re putting out there.”

Both coaches have been involved in their respective clubs for long periods, but it has been Brad Arthur that is giving Craig Bellamy headaches in the past couple of seasons.

But despite the win, Arthur knew his side escaped with a victory and called out the Eels’ lack of professionalism, after a golden opportunity to go seven points clear late in the game was botched

“We didn’t expect anything different and we knew it was going to come down to the wire,” Arthur said.

“It’s always difficult to come down to Melbourne and take two points off them, especially when they drag you into golden point.

“It’s always good when a little bit of luck goes to our players that you can rely on and Stoney is one of those guys. He works hard, sometimes he is in and out of the team, but he never complains and just gets on with it and does his job.

“He made sure he was onside there – I spoke to him after the game and the first shot Mitchy (Moses) had, he did the same thing. It was a good bit of footy awareness for him, so it’s pleasing for Stoney.

“To the boys’ credit, it’s character-building – but we’ve got to build from it.”