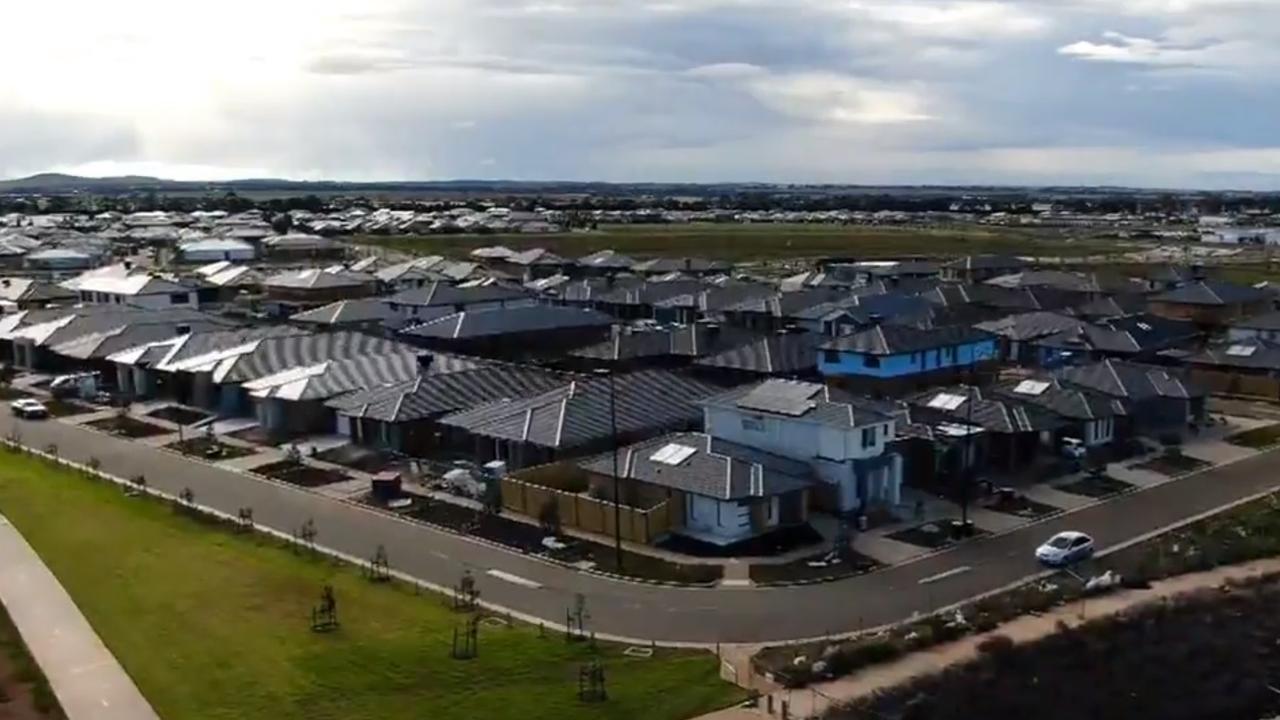 Thousands of frustrated residents are up in arms over a lengthy U-turn they have no choice but to make each time they commute to and from the city.

A new Melbourne suburb has been likened by locals to “living on an island” due to a lengthy and unavoidable detour they’re forced to take each time they travel home.

Families from Thornhill Park, in the city’s outer west, have no choice but to travel in the wrong direction for 30 minutes to get home, despite being in a new neighbourhood just 40 kilometres from the CBD.

The road network issue has caused immense frustration for thousands of residents, who need to travel at least 50 minutes just to pick up basic supermarket essentials.

To get into the city, they need to drive half an hour heading away from it, before they can execute a U-turn and start travelling in the right direction.

Residents told A Current Affair that along with an overpass that would connect them directly with the freeway, they were promised a host of modern trimmings before they purchased homes in the suburb.

Sporting ovals, a shopping precinct and schools were part of the area’s advertisement, but land reserved to host it all has amounted to nothing more than a muddy swampland.

“I’m thinking it’s probably the only suburb in metropolitan Melbourne which doesn’t have a milk bar or a town centre,” resident Vinod Gakhar told the program.

Mr Gakhar had initially decided to move to Thornhill Park because it was – with the planned overpass – going to put him 10 minutes closer to his job in the city.

The overpass had yet to even be commissioned, while a train station that featured in advertising material, and was “proposed” by the state government in 2015, is unlikely to eventuate.

A spokesperson for the state government told the program the train station had never actually been promised.

Former AFL player and founder of Wel. Co, the company behind the development, Andrew Welsh, claimed a lack of progress was out of his business’s control.

“The lack of government-led infrastructure is simply not keeping up with the growth that the area is seeing,” Mr Welsh told the program.

“As a developer, we continue to pay tens of millions of dollars in contributions to government infrastructure items, that are not delivered in the time frame the community needs them.”

More than 1500 residents have signed a petition calling on the construction of an overpass to the Western Freeway that would provide direct access to the city.