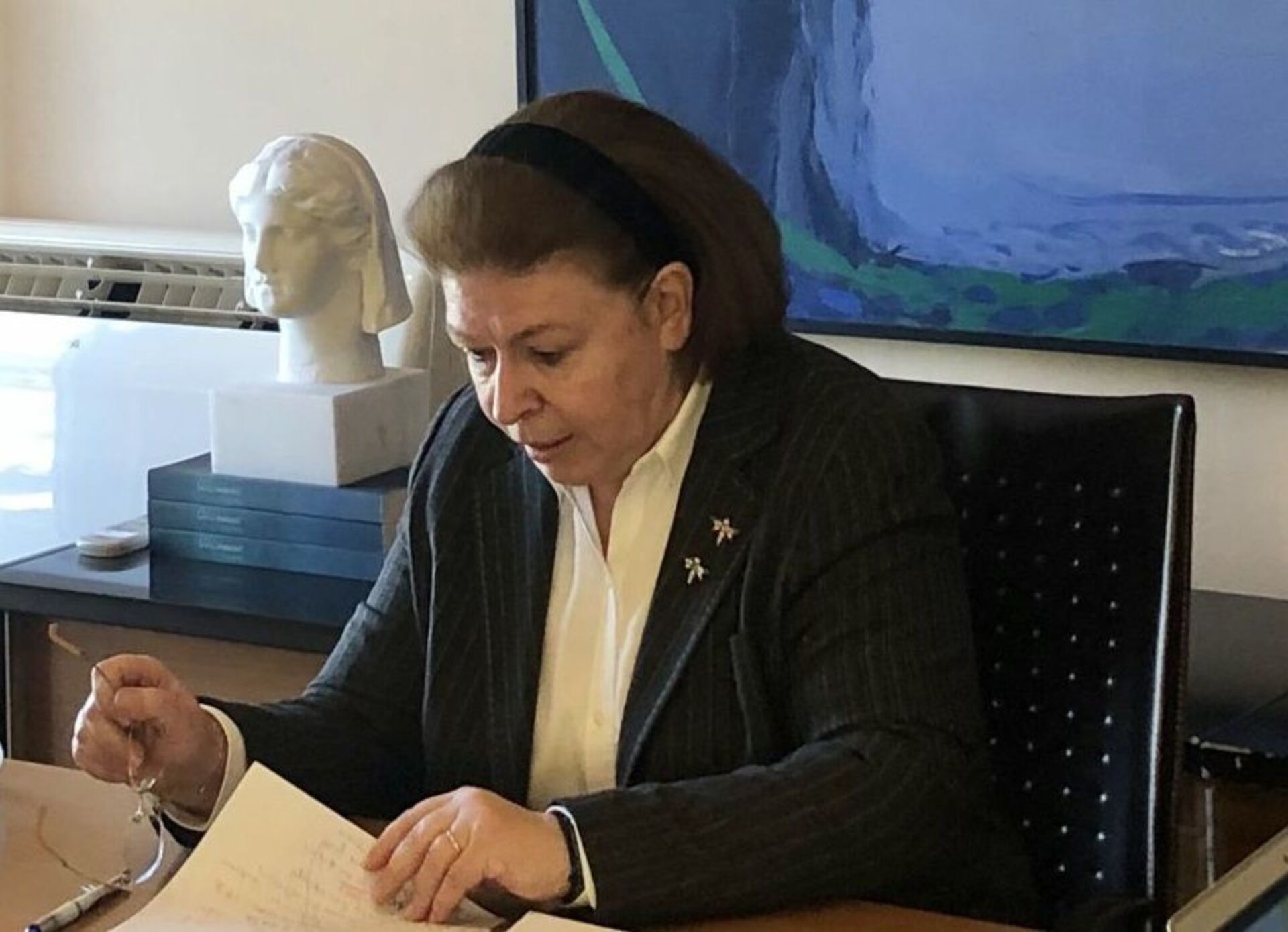 According to unconfirmed reports received by Neos Kosmos, Greece’s Minister of Culture and Sports Lina Mendoni will visit Australia to attend the opening of the exhibition Open Horizons: Ancient Greek Journeys and Connections at Melbourne Museum.

The opening of the exhibition of ancient Greek works on loan prestigious National Archaeological Museum of Athens will take place on Saturday, 23 April and the Greek minister’s visit will coincide with the arrival in the city of a contingent of the Evzones, the Greek Presidential Guard who will take part in the ANZAC Day parade on Monday, 25 April.

The exhibition and the Evzones visit to Australia were concluded thanks to efforts of the then Victorian Minister of Health Jenny Mikakos who held talks with Ms Mendoni when she visited Greece ahead of the 200th anniversary celebrations of Greek Independence last year. The plans to bring the Evzones to Australia and to hold the exhibition had to be postponed this year because of the COVID pandemic.

The new exhibition at Melbourne Museum will feature some of the finest exhibits from the National Archaeological Museum of Athens. It highlights how through, travel, trade and the exchange of ideas Greek civilisation developed and, in turn, influenced the ancient world.

The weekend of the exhibition opening will also include mini-festivals that will be held at the Greek Museum and Melbourne Museum.

As an official media partner Neos Kosmos will be there to keep to keep you updated.