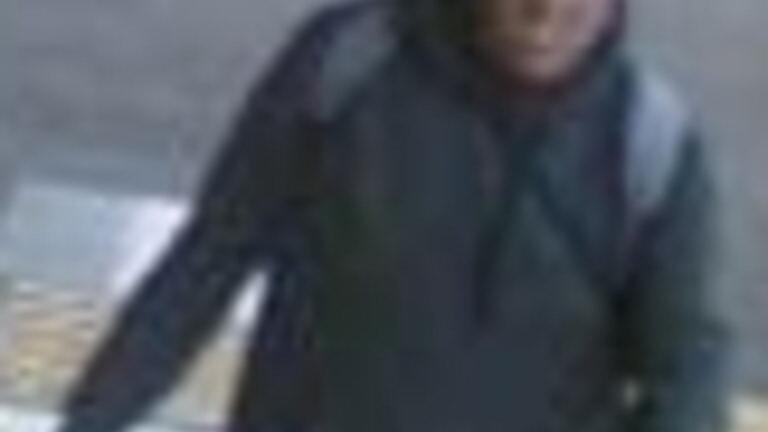 Police are looking for witnesses after a man performed an explicit sexual act near a young woman in Melbourne last month.

Authorities have been told the man boarded a Werribee line train at Williamstown Railway Station on February 18 at 2.30pm.

Police say he then performed a sexual act while sitting opposite a 23-year-old woman before departing at Yarraville railway station.

Transit crime investigation unit detectives have released images of a man they believe may be able to assist with their inquiries.

He is perceived to be caucasian in appearance, with a solid build, short dark brown hair and a distinctive dragon tattoo on his left ankle.

He was wearing a dark green hooded jumper, black and white shorts, grey sneakers and was carrying a grey backpack and blue beach chair.

Anyone who recognises him or with information about the incident is urged to contact Crime Stoppers on 1800 333 000 or submit a confidential crime report via its website.