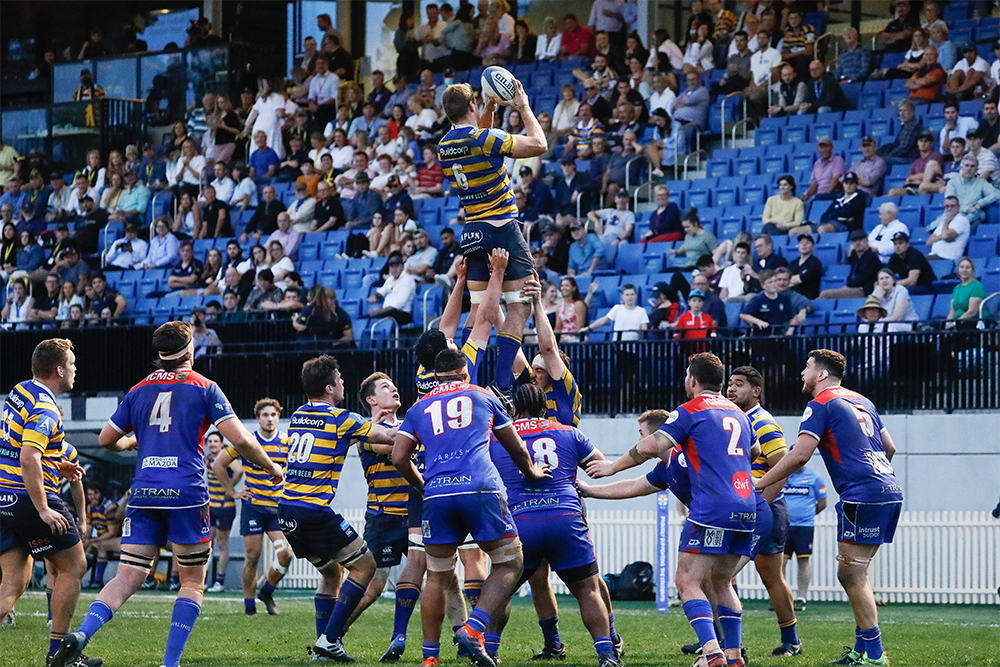 Club Corner is back once again to discuss the upcoming weekend in clubland.

The final round of regular-season footy hits Sydney and Melbourne this weekend, and with finals continuing in Perth and competitions heating up everywhere else, there is plenty to be excited about for fans of club rugby!

It’s the final weekend of regular season rugby in Sydney, bringing the curtain down on what has been an especially regular season. Finals positions will likely be unaffected, Hunter Wildfires have the opportunity to draw level with three of the bottom placed teams, however points differential doesn’t work in their favour unless they produce a fifty point demolition this weekend in Chatswood. The final makeup of the top eight though remains to be seen, with fourth to eighth only being seperated by three points or less, all are in line to potentially grab a home quarter final should they be successful this weekend.

Norths come up against Eastern Suburbs this weekend, Gordon will look to sure up their finals place against the Wildfires, and the Two Blues will look to finish their season on a high with a home ground win over Eastwood.

Match of the Round – Manly v Sydney University

While both sides are likely all but guaranteed a home quarter final, this fixture has produced several fantastic clashes already this season, and with momentum to play for, both sides will likely be treating this match as an extra round of finals. Manly will be especially desperate for a win, having gone down in close matches in consecutive weeks to Warringah and Gordon. The Students got back to winning ways last week against West Harbour, however they will likely not take this match for granted.

Teddy Wilson put in a fantastic performance for Eastern Suburbs last weekend, as they picked up a vital win over Hunter. Combining well with Jack Bowen, Wilson unlocked a strong attacking prowess from the Beasties that other teams should be wary of come finals.

Round Fourteen of the Hospital Challenge Cup really saw defence go out the window, with all winners scoring upwards of thirty-eight points or more to win their respective games. The results saw Wests maintain their lead at the top of the ladder, while Brothers went down to UQ.

Round Fifteen however sees several big derby clashes, with UQ coming up against Easts, and the Magpies welcoming Bond University.

Match of the Round – GPS v Wests

Hot off the bye, GPS have been in outstanding form, and sit in a commanding position in the top four. They will take a lot of confidence going into this weekend, having knocked over Wests in this corresponding fixture in round six. The Bulldogs are at the top of the ladder for a reason though, and given their recent form as well, they will sense a fantastic opportunity to get some revenge.

My god, if you’re going to have a perfect debut in the Hospital Challenge Cup, Hamish Roberts debut for Bond University wouldn’t be too far off. The winger scored two tries and slotted four conversions and a penalty for an impressive tally of 21 points, scoring more than double the amount of points that Norths did!

Division one crosses the half-way mark this weekend, following an excellent round of close clashes during round fifteen. UWA got back to winning ways, while West Scarborough and Associates continued their impressive form to stay undefeated.

Match of the Round – Nedlands v Cottesloe

The only two sides still without a win in division one, it’s fair to say this match looms as a critical fixture for both their seasons. The current champions have their work cut out against a strong Nedlands team, however Nedlands will not want a repeat of the blowout that happened last weekend.

Keep a very close eye on Finn O’Callaghan, who takes the fullback role this weekend for Nedlands. Having impressed last week despite the men in blue going down, he’ll be one to watch in the back three and a critical kicking and attack weapon for the hosts as they look to get up over the Gulls.

JOHN I DENT CUP – ROUND FIFTEEN

It’s now or never for the chasing pack in Canberra. The Royals have opened up a strong six point lead at the top of the ladder, and unless the chasing teams find a way to end their unbeaten run, they will serve as likely favourites going into finals.

With the second placed Uni-Norths on the bye this weekend, Gungahlin will look to fight for a finals placing against Tuggeranong, while Wests look to restore some pride in their season when they welcome the Penrith Emus.

Match of the Round – Canberra Royals v  Queanbeyan Whites

The Royals will undoubtedly be favourites for this match, however Queanbeyan have a huge amount to gain should they prevail and grab an upset. Not only would it guarantee their finals placing, but it would also put a huge wind in their sails as they head into a difficult final fortnight. Expect a big crash at Phillip Oval!

The final round of the regular season looms this weekend in Melbourne, with Footscray, Melbourne University and Box Hill all out of the running for finals placings. Harlequins will finish top of the table regardless of the results this weekend, however the makeup of the other three finals places is still up for debate.

The Rams and Unicorns will be fighting it out for the other home semi final, while Endeavour Hills and Power House both look for the upset to hopefully grab a finals position.

Match of the Round – Power House v Moorabbin

Of the two critical clashes this weekend, this match looms as one both teams cannot afford to lose. Power House sits just outside the top four, so a loss here ends their season. Should the Rams lose, they will lose their home semi final, which will make their run home in finals to get the Shield that much more difficult. This has the potential to be the match of the round nationally in clubland this weekend.

It’s a tight run home in the Coopers Premier Grade, as Southern Suburbs and Onkaparinga look to chase down the top four in the final three rounds. This weekend Adelaide University hosts Elizabeth, Old Collegians face Southern Suburbs in a match of the round clash, Woodville take on Brighton, Port Adelaide travel to the Barossa and Burnside host Onkaparinga.

This weekend down in the Apple Isle the Bulls look to sure up their ladder lead against Glenorchy, the Penguins welcome Launceston, Burnie Emus take on the Students and the Lions play Harlequins.

Enjoy your weekend, and be sure to get out to clubland and support your local club.