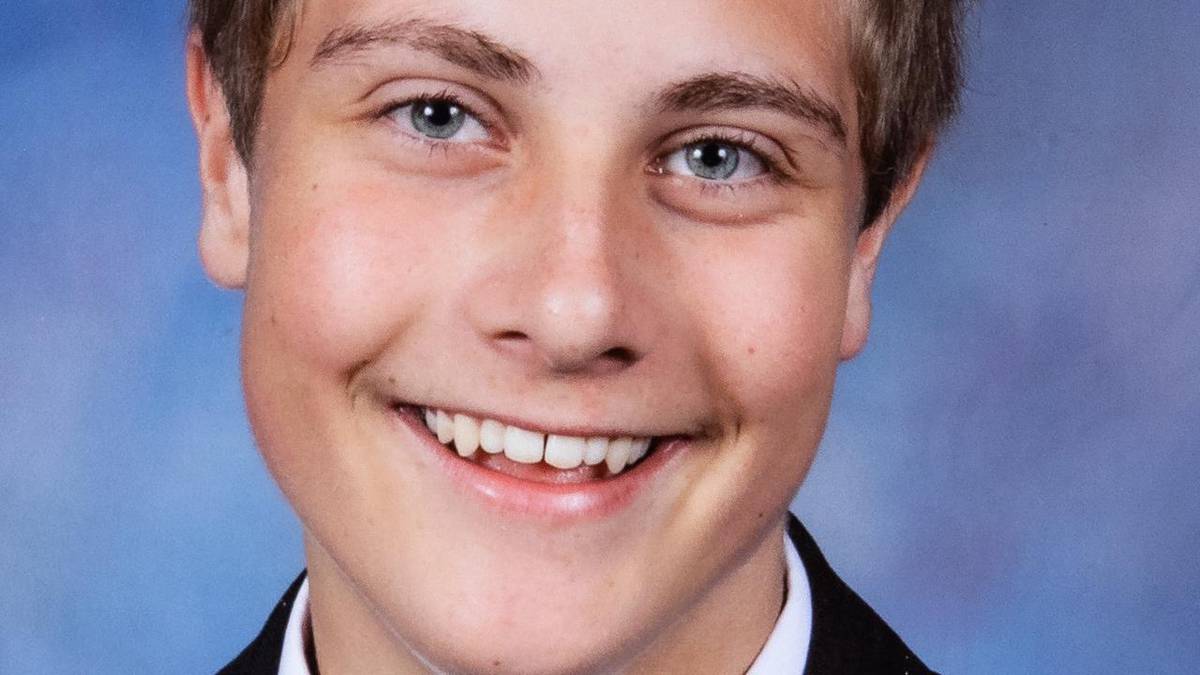 The death of a Melbourne student on an overseas trip has been linked to another tragedy involving the teacher who found him covered in vomit.

Melbourne Year 9 student Timothy Fehring, 15, was on a European trip with 16 classmates in June 2019 which was staffed by two adults — the assistant principal and the business manager.

After arriving in Berlin, Germany, on June 23, and experiencing ongoing illness, teachers deemed he was “homesick”.

Timothy was dead by June 28 from a combination of a lung infection, aspirated stomach contents in the small airways, and swelling in the stomach lining.

Earlier this week, a coroner made two recommendations following the tragedy including that the Department of Education increase its ratios on overseas trips so students were better resourced in the event of illness, and that the department review its excursions policy.

But it has now also been revealed that the Blackburn High assistant principal who found Timothy unresponsive the day he died has also died.

Timothy Dale Fehring died while on a school trip in Germany. Photo / news.com.au

Geoff Vezey, 52, went into cardiac arrest and died two years after his pupil, following what his family describes as an “acute psychiatric injury” from what he saw in Germany.

His family is suing the education department for what they say was post traumatic stress disorder, adjustment disorder with anxiety and depression.

The Herald Sun reports the Vezey family sought compensation from State of Victoria but were unsuccessful.

Timothy’s death rocked the local community. He first fell ill shortly after arriving in Europe and threw up in a bin, which was attributed by one of the adults to a reaction to spicy food served on the flight.

The following day, Timothy complained of stomach cramps after having not eaten the day before and was given some Panadol.

During a lunch break, he vomited into a bin again and was suspected of “suffering the effects of jet lag, different food, the heat, and change of climate”.

On the way to dinner that night he was sick into a street bin again, but had messaged his mum saying he was positive he would get well, and was considering different foods he could eat.

Both adults at that stage suspected he may have been homesick.

The next morning, Timothy had a phone call with his mum saying he was so unwell that he wanted to fly home, but his parents also suspected homesickness may have been the reason.

His mum told one adult the family GP had recommended Timothy be given some medication to reduce stomach acid.

By this point he was “distant from other students, partly because they didn’t want to get sick from any bug he may be carrying, and partly because he was not as cheerful as he had been”.

That night, he was taken to a chemist and collected some of the recommended tablets, having them before bed having not eaten dinner.

By Wednesday June 26, Timothy was begging his mum to get him home and told her he was unhappy people didn’t believe him about his sickness.

At the request of his mum, he was later taken to the doctor but not before a walking tour, during which he had to stop and sit in the shade, and “appeared exhausted and was visibly pale and had noticeably lost weight”.

After being thoroughly examined at the doctor, he was told he had severe constipation and gastro, and was prescribed a suppository.

Tim at the airport. The last time family would see him alive.

The doctor agreed his symptoms may have been connected to Timothy feeling homesick, and cleared him to leave the hospital.

His parents were from that point confident their son was ill from homesickness and constipation, with staff encouraging him to eat fruit and drink water.

After arriving in Vienna, Austria, the next day on Thursday June 27, Timothy carried a vomit bag during a walk with the group around the city after asking to stay behind.

“He had not improved and was walking slowly and looked puffed out and tired. He was pale and had black circles under his eyes,” the findings stated.

Timothy asked staff to take him to hospital, but staff thought he was trying to get out of the planned activities.

After dinner that night he remained at the table for 90 minutes before throwing up all the food he had eaten. Staff got in touch with his parents later on to discuss his condition.

It was ultimately decided Timothy would fly home to Melbourne, with Timothy first needing a doctor’s certificate stating it was safe for him to travel.

He was taken to the doctor the next day, however felt anxious and needed reassurance from staff and his mum to go in.

The doctor noted Timothy appeared tired and pale faced, but “did not appear truly sick”. He was prescribed an anxiety medication and released.

While the staff member paid the bill, Timothy took himself outside into the hallway because it had been “hot and stuffy” inside.

By the time someone found him, he was sitting on the floor with vomit on his clothing and blood coming from his nose.

The staff member “immediately but unsuccessfully tried to summon help from the doctor’s clinic by banging on the door” and ended up contacting the other staff member in a panic.

A doctor eventually emerged and started giving him a heart massage before a defibrillator was brought from the clinic and used, but indicated a flatline so didn’t give a shock.

CPR was then started for between five to seven minutes until ambulance staff arrived, with Timothy being taken by road to an air ambulance, which took him to the Vienna Centre for Social Medicine.

Once at the hospital, Timothy’s pupils were at “maximal dilation”, which indicated a lack of oxygen leading to brain injury.

His doctor attempted to regain a heartbeat and a computed tomography (CT) scan was performed which indicated severe swelling of the brain.